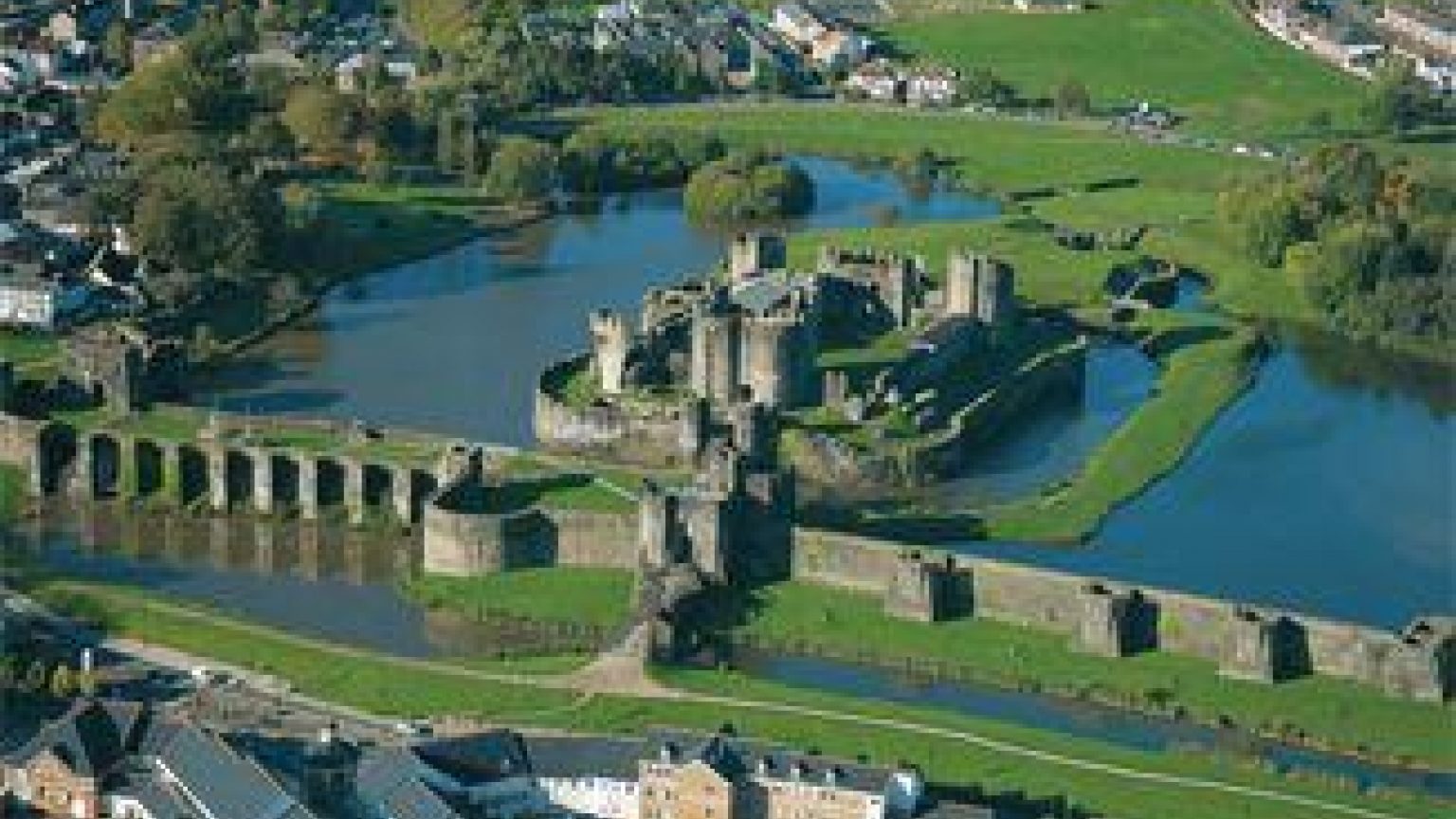 Like the famous cheese, the castle has long been synonymous with Caerphilly. It dominates. Hogs the limelight. Think slumbering giant awaiting a call to arms. It's also a great backdrop for TV and film. It secured a starring role recently in the popular BBC TV series Merlin. This stone behemoth, surrounded by a series of moats and watery islands was the brainchild of Gilbert ‘the Red' de Clare, a redheaded nobleman of Norman descent. He also built the original Castell Coch, ‘Red Castle', located the other side of Caerphilly mountain. Gilbert de Clare and Llywelyn ap Gruffydd were contemporaries at war and early attempts by Gilbert to build a castle were thwarted by the Welsh prince. Gilbert eventually won through and built a mammoth stronghold using the concentric ‘walls within walls' system of defence. He also made sure there were large and comfortable rooms to live in. However, once the threat posed by Llywelyn was quelled by Edward I, the raison d'etre for this massive fortress changed. The castle's condition worsened until late in the 19th century when the third marquess of Bute began preservation work. We have a lot to thank the Butes for in South Wales! Caerphilly is one of eight sites chosen by Cadw as a hub for community projects in support of the Cultural Olympiad celebrations in Wales.

The Irish tymes was established in June 2008 when opened by Terry and Tracey Burton, predominantly as a music and sports bar for the over 25's. The Irish Tymes

For an outstanding Italian dining experience, look no further. With fine cuisine and a warm atmosphere, you can expect a fantastic time with your loved ones. *

The Pontygwindy Inn has an established reputation for good standard food and drink. We are located a short walk from the centre of Caerphilly and have a good value

For over 20 years travellers have enjoyed our warm welcome in the heart of the Welsh countryside, the home of idyllic views and breathtaking scenery.

This original lodge, was the gatehouse to Ty Mynydd, the home of the Dahl family, where the world famous children’s author,