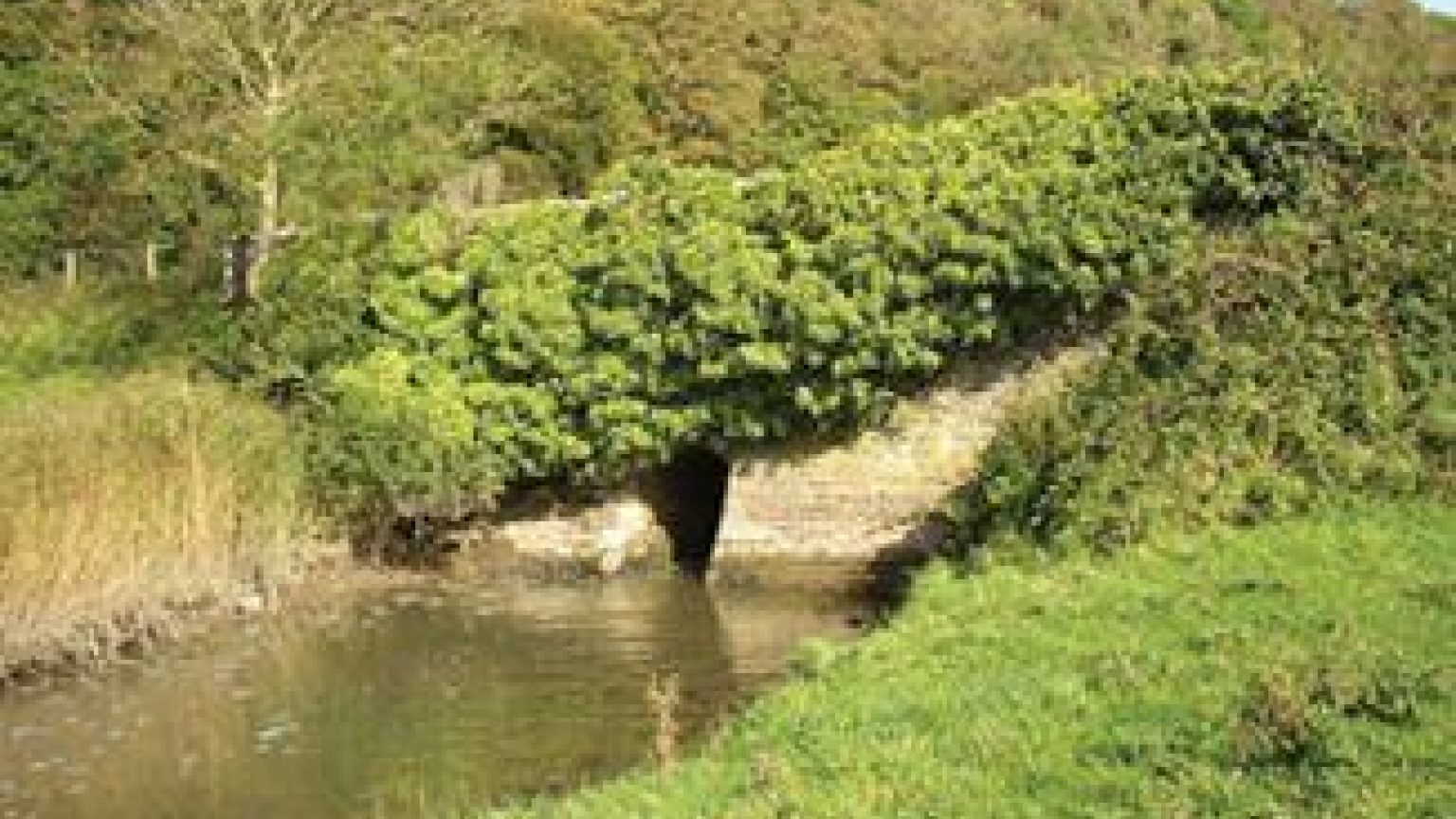 1:The Castle & Grist :Laugharne Castle was first established in 1116 but the towering walls date to the l5th and 16th centuries as a fortified country house. ‘The Grist' is probably a shortened form of Grist Mill or Corn Mill. The salt marshes have developed in area over the last100 years or so - in the Middle Ages, boats could come right up to the castle walls.

2: The Boathouse and Dylan Thomas: A separate visit is essential to Dylan Thomas' home from 1949 to 1953, but the building dates from at least the early l9th century. It was a pub in the 1880s - The Ferry House Inn - and later a boat building and repair yard. Fine viewpoint towards Sir John's Hill and over the Taf Estuary.

3: Cliffside: A much-used route to the foreshore with the remains of older cottages and small quarries. Until the 1950s, an open-boat from Ferry Point to Laugharne was operated on the tide by a single boatman. Above the wooded cliffs are the remains of an Iron Age defended enclosure, reused as a gun battery during the Civil War siege of Laugharne Castle in 1644. A very fine Victorian Boathouse below the path is a reminder of l9th century leisure.

4: A ferry crossing point close to Cwm Celyn farm, on the other side of the Taf Estuary. Upstream there were ferries from below Llandeilo

Abercowin Church. These were routes used through the Middle Ages and later by travellers - kings, bishops, pilgrims, merchants and

5: Delacorse Farm: A 17th/18th century house and outbuildings, reflecting the Norman-French of the medieval lords of Laugharne - delacors, of the marsh. Mary Curtis tells of an old causeway used by limecarts from the Coygan Quarries and of Betty Fordside, who had a horse to carry travellers across the river to Black Scar at low tide. many others. Traces of causeways are revealed at low tide.

6: Carmarthen Bay: Coastal and Estuaries Trail A footpath is being created along the estuary up to St Clears.

7: St Martin's Church: The 13th century Church lies some distance from the town on the earlier site of a native Welsh church, predating the foundation of Laugharne (Abercorran). The de Brians may have changed the dedication to St Martin of Tours. Dylan Thomas is buried in the new graveyard, marked with a simple white crucifix.

8: Views to The Hugdon: Unenclosed open fields held by Laugharne Corporation and shared amongst the Burgesses. The shares or strips of land are separated from each other by unploughed grassy baulks known as ‘landskers'.

9: Corporation Boundary: At the stile, look for the inscription on the rock. Excellent views back along the Taf estuary and seaward to the National Trust's Wharley Point, Cover Cliff and Black Scar Ferry.

10: Cockshilly: A choice of a higher route over Sir John's Hill or down along ‘Cockshilly' to a spectacular viewpoint overlooking the former quay and tramway, extending to the Gower and Pembrokeshire.

11: Laugharne MarshLand: reclaimed from the sea since the Middle Ages,helped by the development of sand dunes. On the East Marsh

some farms were sited on low hillocks. Out towards Ginst Point you can see ‘The Freething' and ‘The Saltings' sea walls. Late 18th century ploughing in regular ridges can still be very clearly seen today.

12: Railsgate Pill: A l9th century tramway used to run from Coygan Quarry down to a small wharf at the mouth of the Pill where limestone was loaded onto small coasting vessels. The rails are gone but the tramway causeway and remains of the small quay can be seen.

13: The Lees: Low-lying common land (40 small strips or shares) belonging to theCorporation of Laugharne, first granted by Sir Guy de Brian in 1291. and with cast-iron pillars marking the bounds.

14: Coygan Quarry: Seen at a distance, an outcrop of carboniferous limestone with an extensive cave system. Some 38,000 years ago the cave was a hyena den. Crude stone hand tools used by Neanderthal men were also found in the cave. In the 2nd century BC a large Iron Age hillfort was constructed. In the 5th-7th centuries AD the hillfort was the centre of power of a Dark Age chieftain.

15: Back Lane: According to Mary Curtis, there was much slaughter along this part of the route when the Castle was stormed by Cromwell's soldiers.

Ten self catering, luxury pods await your visit, and each one has been carefully situated to not only maximise your experience, but to ensure that it is a relaxing one too. Husband and wife team Sian & Rich,

The Peppercorn Restaurant & Grill is an exciting new venue situated right in the heart of the bustling market town of Narberth, specialising in premium local steak

One of the best kept secrets in Wales, this place will take your breath away. Set within 5 acres of stunning grounds, you will have the best panoramic views from the area.

Peter O’Toole, Charles and Camilla, Mick Jagger, Pierce Brosnan, Cerys Matthews and many others have made their way up the three stone steps to the bar.

Ten self catering, luxury pods await your visit, and each one has been carefully situated to not only maximise your experience, but to ensure that it is a relaxing one too. Husband and wife team Sian & Rich,

Parcglas Pods offer a luxurious way of spending some special time together, amongst the beauty of nature, without sacrificing your home comforts. These gorgeous pods are extremely cosy, and very private, giving couples