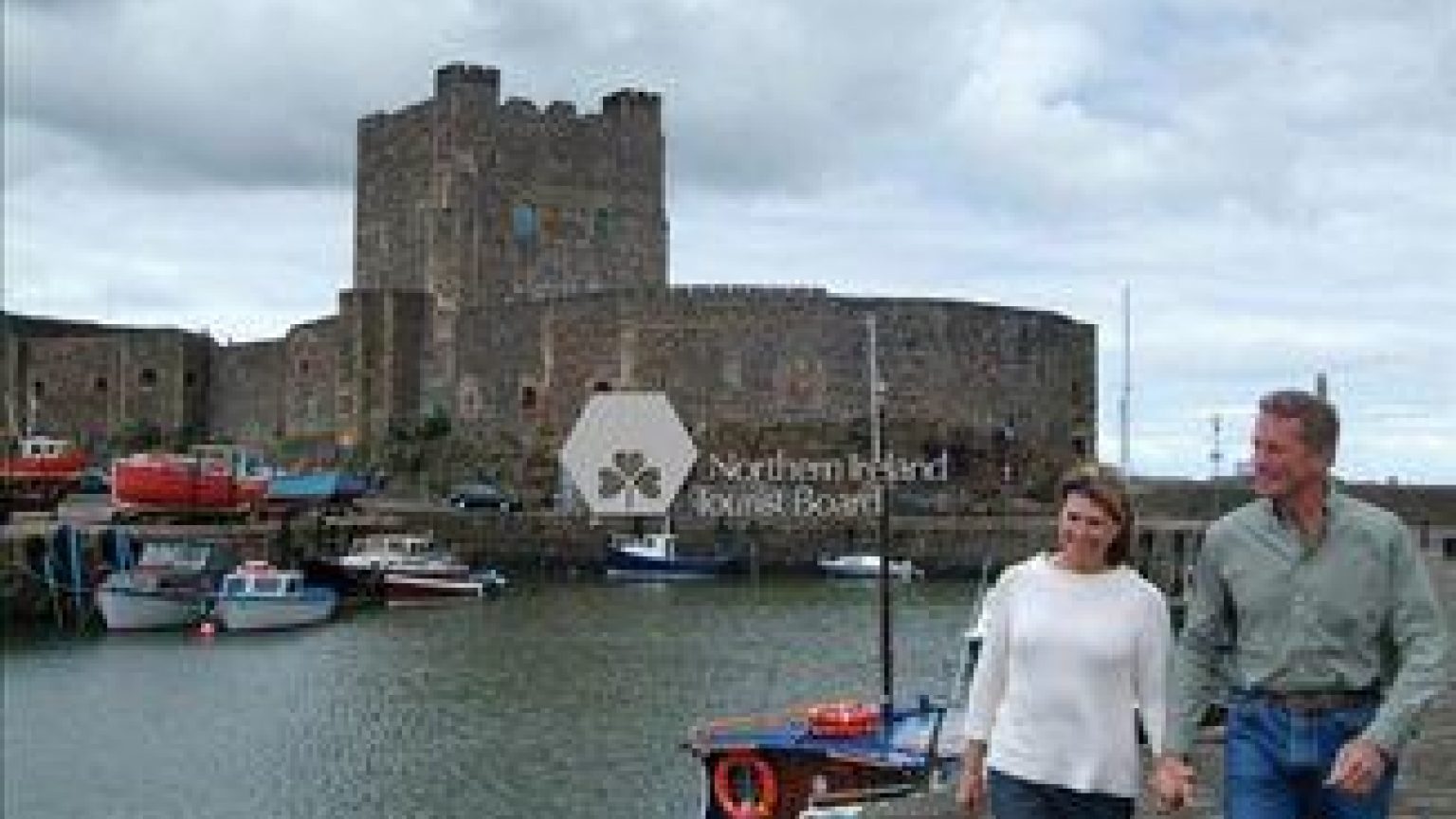 For more than 800 years, Carrickfergus Castle has been an imposing monument on the Northern Ireland landscape whether it is approached by land, sea or air. Originally built in 1177 by John de Courcy it has been altered throughout the centuries and was in use as a garrisoned property until as late as 1928. It is probably the best-preserved medieval castle in Ireland.

The castle now houses historical and other displays as well as cannons from the 17th century to the 19th century.

Carrickfergus Castle is perhaps the most important of a series of monastic houses built in Ulster by John de Courcy and his wife Affreca between the late 1170s and their downfall in 1205. Other sites built by de Courcy include Inch Abbey and Grey Abbey both in County Down as well as the construction of another formidable castle at Dundrum.

After its construction in medieval times, the castle knew many rulers and was for a long time a symbol of the power of the ruling Lord. It was also the setting for many battles, including a siege during Edward Bruce's invasion of Ireland in the 14th century; the castle held out under siege for nearly a year before it was eventually conquered.

During the 18th century the castle was used as a county and state prison and in the 1798 Rebellion, it was used as a prison for United Irishmen.

Later, during the First World War, anti-submarine guns were mounted within the castle on one of the platforms for the defence of Belfast Lough alongside Grey Point Fort. During the Second World War, and already under civilian control, the basements of the Keep were used as air-raid shelters.

Access to and within the Visitor Centre is DDA compliant but wheelchair access to the rest of the site is limited. No admission to unaccompanied children under 16.

Everyone is welcome at the impressive Ownies Bar: established in 1846, it is one of the oldest pubs in Antrim, in the lively town of Carrickfergus, and you can’t help but be warmed by its charm and character, which entreats you to unwind,

Bureau Cafe Bar at Bureau By the Lough

Bureau By The Lough is just 6 miles from Belfast and the first bar-restaurant on the beautiful Causeway Coastal Route. On its ground floor is BUREAU CAFÉ BAR, open

Discover Northern Ireland in style by staying at this Award-winning Victorian Guest House. Nestled in a gorgeous town called Holywood,

Everyone is welcome at the impressive Ownies Bar: established in 1846, it is one of the oldest pubs in Antrim, in the lively town of Carrickfergus, and you can’t help but be warmed by its charm and character, which entreats you to unwind,

Unique and boutique, the gorgeous 19th Century: Altahammond House B&B, located a mere 5 miles from Carrickfergus Marina, is perfect for those seeking a refuge away from the world. Breathtaking views and gorgeous interiors,

A pioneer in sustainable farming for over 25 years, you can expect nothing less than charm, luxury, and excellence.