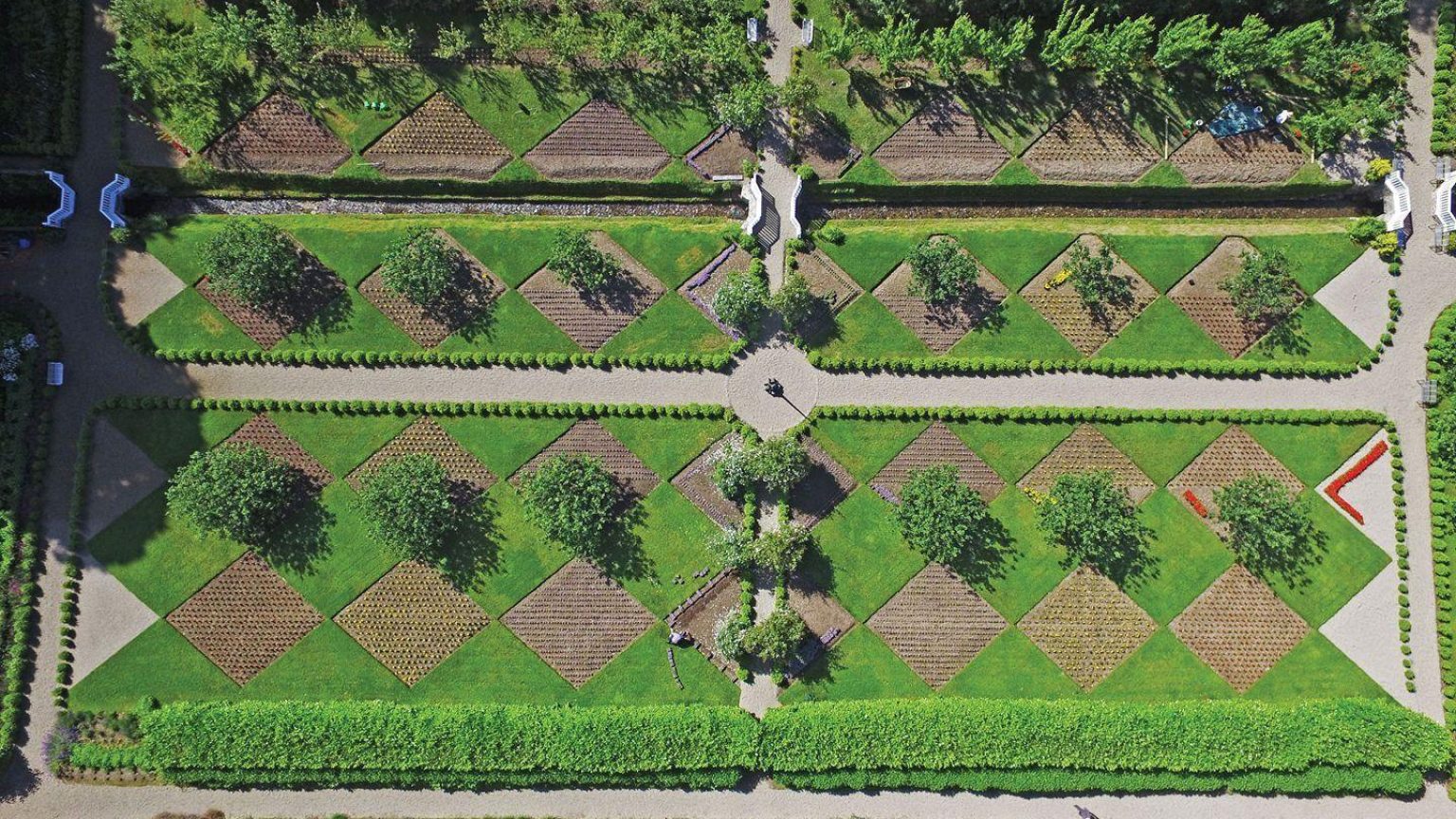 This Georgian Walled Garden was built by the Colclough (pronounced Coke-lee) family over 200 years ago, before 1814. Restoration work by volunteers, organised by Hook Tourism, began in July 2010, after a five-year licence was signed with the garden’s owners Coillte Teoranta. The original layout of the Walled Garden has been reinstated as it was in the 1830’s. The main features of this 2.5 acre stone/brick lined Walled Garden include curved corners, two intra mural structures on the dividing brick wall which splits the garden into two sections, east (Ornamental) and west (Kitchen), and a river, crossed by 5 bridges, which flows through the length of the Walled Garden. It is situated in a verdant vale with beautiful wooded scenery filled with songbirds. Visitors pass through the quondam village of Tintern along the woodland path where bluebells and wild garlic abound in springtime. In summer beech trees cast a dappled shade until the open blue sky of the Walled Garden is reached, where Colclough eagles still fly.

Co. Wicklow is synonymous for being the garden of Ireland, however all over Ireland and in many counties, gardens are springing up everywhere, some new, some revamped and some that have been here for centuries. When it comes to open gardens, Ireland is itself catching the U.K. up per square mile and is fast becoming a nation of garden lovers. Here at Colclough, the team have lovingly restored this Walled Garden into something very special indeed. A visit here will uncover 2.5 acres of pure gardening genius and whilst I walked around Colclough, I was transported back to 1838 where one can quite easily imagine what life would of been like back then. A visit here will not break the bank and I personally feel it's great value for money and would of gladly paid double. But the team here are not here for money, this is a community non for profit garden and I promise without a shadow of a doubt, if you weren't a garden lover when you arrived, you certainly will be when you come to leave.

Spend a few memorable days in this multi-award winning lodge. A haven for foodies, the restaurant is regarded as one of the best in the country.

The restaurants we love on our travels are vibrant, casual and serve great food. You can drop in for a snack, a beer or a meal. If you want healthy or hearty there's plenty of choice. That got us

Waterford City's culinary heritage spans over 1000 years. Ireland's oldest city has heralded the creation of the, now famous, Blaa and the Bacon Rasher amongst it achievements. No.9 Café is

Samuel's Heritage Bed & Breakfast Accommodation on the outskirts of Waterford City in the South East of Ireland delights with panoramic views of the River Suir, Comeragh Mountains & City. Set in

This family run enterprise is nestled in one of Ireland's most gorgeous seaside resorts. Both the beach and the town centre are on the doorstep of this idyllic destination. *

This family home is ever so cosy and charming. Located near Waterford city, it is an ideal place to relax for a few days.