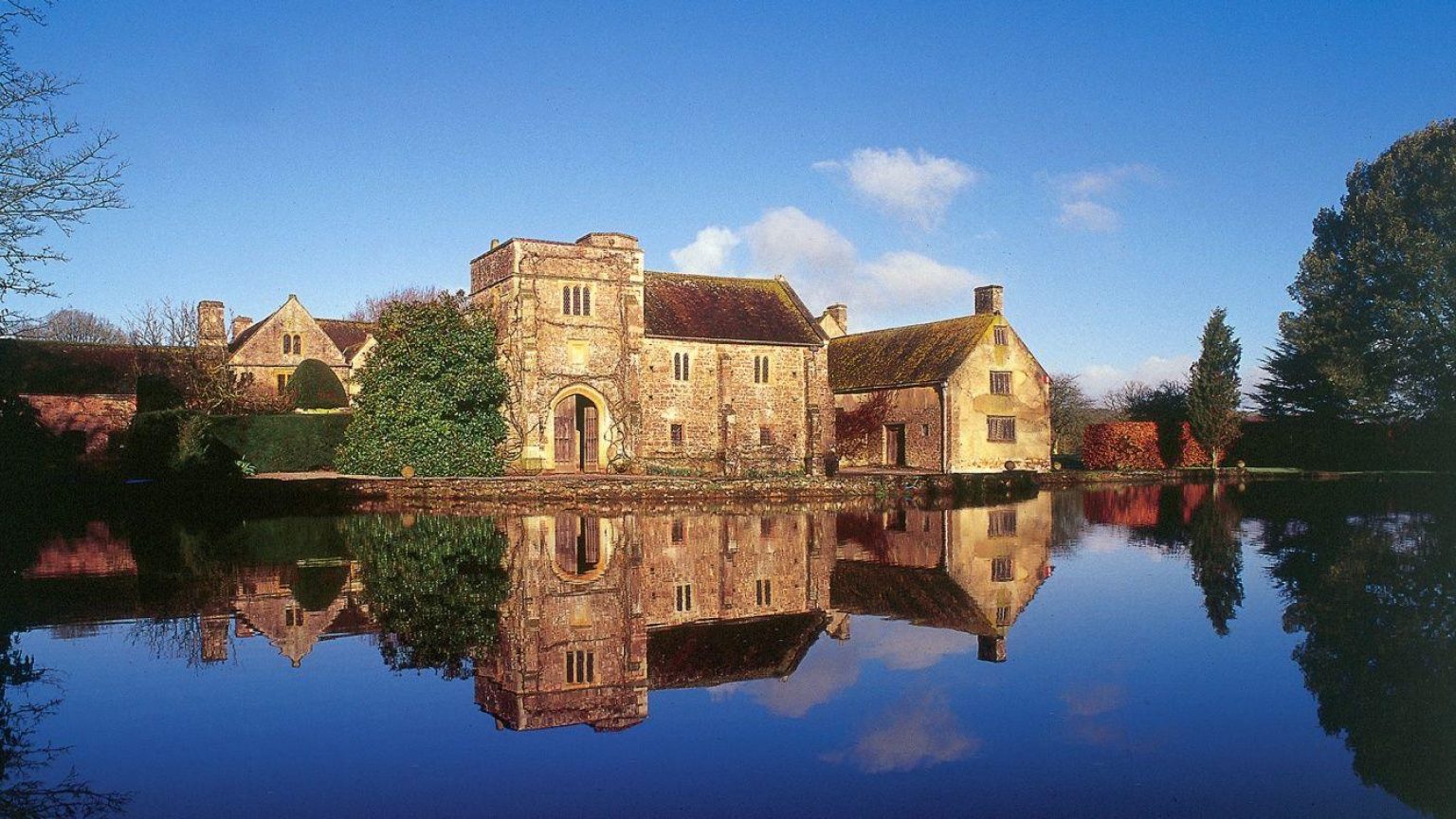 The romance of Cothay lies in part to its great age and the atmosphere that surrounds it. In medieval times, the rent for the land surrounding the manor was a rose and a pair of silver spurs payable at Christmas and on the feast of St. John the Baptist, which falls on mid-summer’s day.

Legend has it that to celebrate the end of the Wars of the Roses, a red and a white rose were planted on the terrace by Richard Bluett, the then lord of the manor, who enlarged Cothay in the 15th Century. The legend and gesture continue to this day, for you can still see the red rose of Lancaster and the white rose of York flowering today.

The Gardens at Cothay open on the first Sunday in April when you should see thousands of white tulips heralding the season, like an army of white angels marching through the garden. In the summer months, the glory of this ancient place is at its best.

Twelve acres of magical gardens surround the manor. Many garden rooms, each a garden in itself, are set off a 200 yard yew walk. In addition, fine trees, cottage garden, courtyards, and a river walk; a plantsman’s paradise. The gardens have achieved the highest accolade of two stars in the Good Garden Guide and in June 2012 featured in the Daily Telegraph’s ’20 Best Gardens in Britain’.

This Top 100 Gardens in Britain book features some of the biggest and most famous gardens within the United Kingdom, however, one thing we also pride ourselves upon is the capacity to endorse some smaller hidden gem sites also, take Cothay Manor for instance. Twelve acres of gardening ingenuity await you here and it's owners Mary-Anne and Alastair Robb since them taking the helm here at Cothay have lovingly and with sensitivity breathed a breath of fresh air into these wonderful gardens. On the day I visited the ducks were quacking, birds were singing and the weather was wonderful and the smell of the freshly mown grass just helped to remind me why I love writing these books so much. I think it also worth mentioning that you can also take a tour around Cothay Manor itself. You may even be lucky enough to come across the famous 'China Girl' herself.

Inside this traditional country Free House you will find wooden beams, log fires, very local ales and a warm welcome for all the family.

The Rose and Crown would best be described as a destination food pub, offering a superb steak & grill menu which is enhanced with a fabulous selection of special meals changed weekly. Our

The Old Inn at Kilmington is a traditional Devon thatched pub. Our restaurant is open throughout the year. Using a daily menu board we source local fresh food and write a new menu each day.

Wick House is a charming old family house in a picturesque West Somerset village. Situated in in a designated area of outstanding natural beauty (AONB), Stogumber nestles between the

A fifteenth century former hall house set in beautiful wooded grounds, Langaller Manor was purchased by the Hayward family in January 2014. The Manor House offers so many

Beautifully converted boutique and unique, old School hotel near Honiton. The Belfry Team consists of just Neil and Sarah-Jane as your hosts.