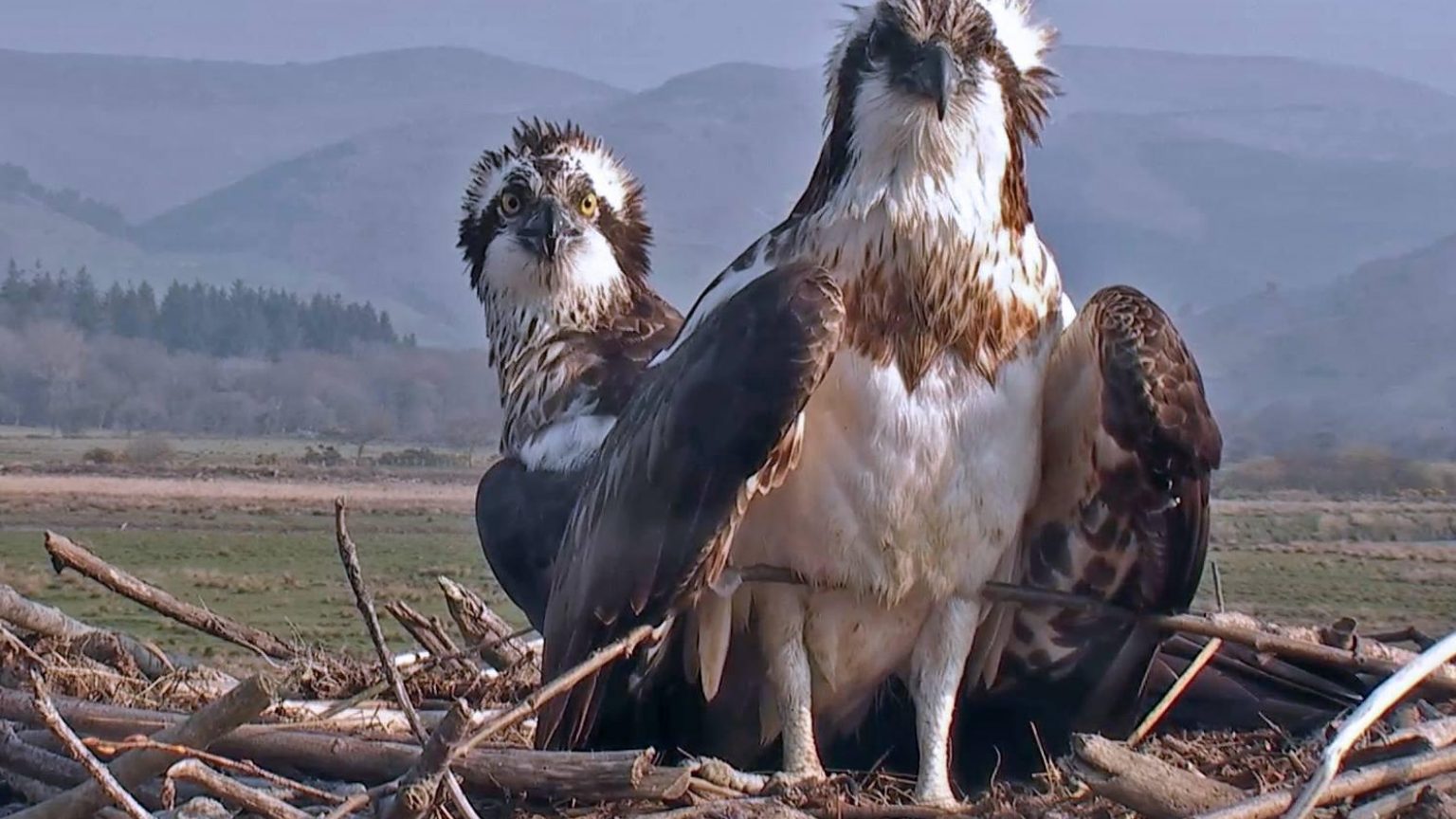 The Dyfi Osprey Project is run by the Montgomeryshire Wildlife Trust on the Cors Dyfi Nature Reserve near Machynlleth. Between April and September each year the reserve is home to a breeding pair of Ospreys, one of just five pairs in Wales. Visitors can wander through the peaceful reserve on boardwalks that lead to the fantastic 360 Observatory to view the Ospreys in the heart of the Dyfi Valley. In the 360 Observatory staff and volunteers are on hand to show visitors the ospreys, point out other wildlife and answer questions.
The reserve is also home to around 100 species of birds, over 500 species of moths, otters, lizards, grass snakes, royal fern and a wealth of other plants and animals.

Wales doesn’t only get millions of human visitors visiting its shores on a yearly basis, wildlife also makes a beeline for this beautiful and fertile land at various times of the year. One of those beautiful creatures that keeps making its way back to North West Wales, is the Osprey. Almost pushed to extinction a hundred years ago, this magnificent creature has fought its way back from the brink and with the help of decades of various experienced teams at the Dyfi Project, they have managed to learn far more about this fascinating bird of prey than they ever did before and their work is vital. To get a sneak preview of this amazing creature, you can watch a live feed on the Dyfi Osprey Projects Website, I found this truly fascinating and I guarantee that once you’ve seen this, you’ll be packing your bags and off there this weekend!

The Glan Yr Afon/Riverside is a family run country pub; we very much lean towards being a restaurant. Glyn and I (Corina) bought the freehold in May 2010, are pleased to have been

The Glan Yr Afon/Riverside is a family run country pub; we very much lean towards being a restaurant. Glyn and I (Corina) bought the freehold in May 2010, are pleased to have been trading

For something a little different and with the feel of a luxurious hideaway, the Wynnstay Hotel

Our gorgeous Georgian guest house is in the pretty southern Snowdonia village of Pennal between Aberdyfi and Machynlleth (it's the ultimate coast and country location). It's furnished

Hiding in Mid Wales, surrounded by nature, this glamping site will welcome you with open arms. Just relax and breathe in the serenity of this place.

For something a little different and with the feel of a luxurious hideaway, the Wynnstay Hotel