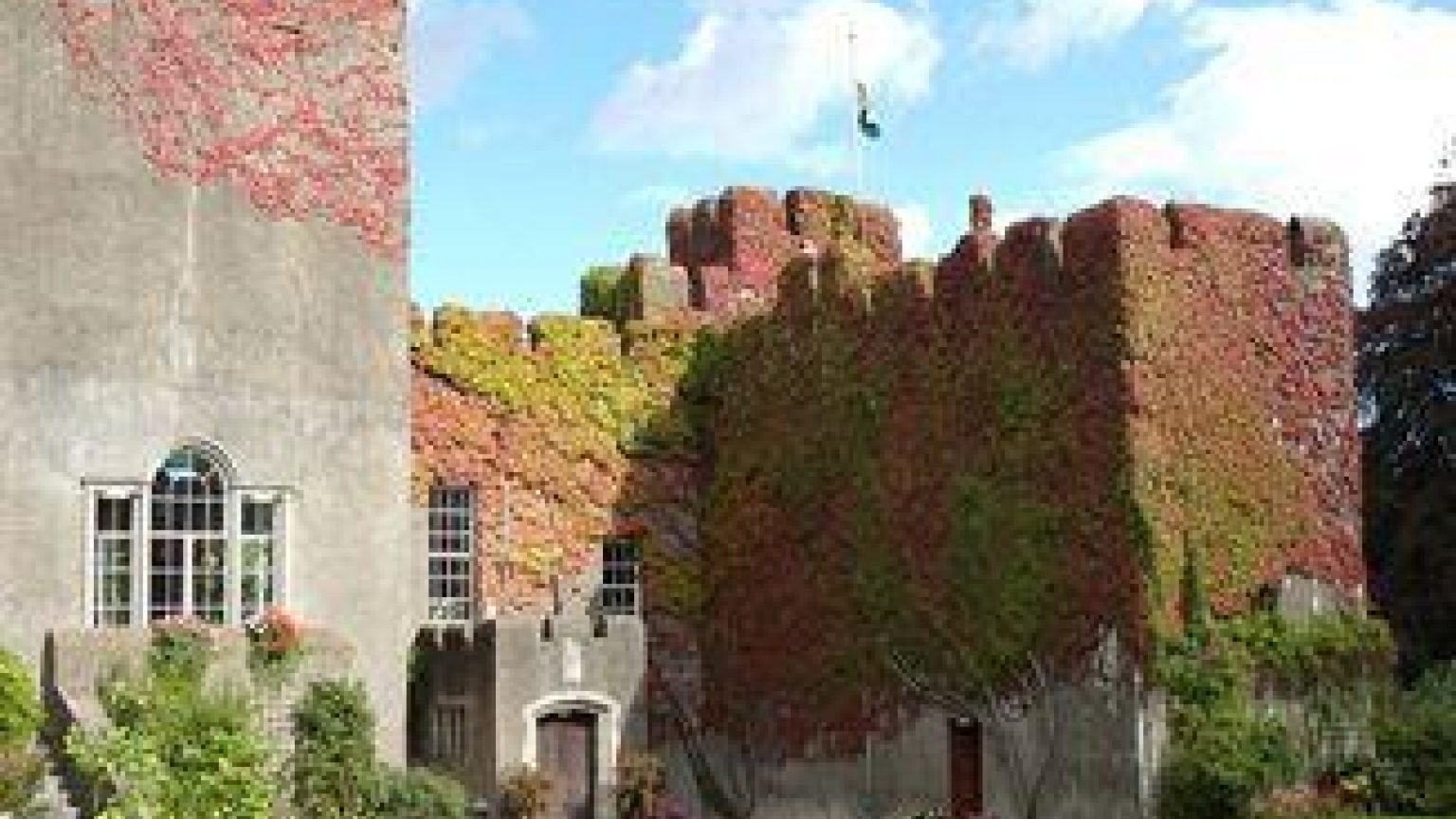 Fonmon is one of the few mediaeval castles which are still lived in as a home. Since it was built by the St. John family c1200, it has only changed hands once. In 1656, during the English Civil War it was bought by Colonel Philip Jones, a direct ancestor of Sir Brooke Boothby, the present owner.

Today Fonmon welcomes visitors in many different ways both as a wedding and events venue and through Public opening and tours:

The Castle is open to the Public from April to September.

There is no need to book.

Public opening times for individuals, families and groups of less than twelve are on Tuesdays and Wednesdays between midday and 5pm.

Public guided tours are at 2pm, 3pm and 4pm

Last entrance to the garden is at 4pm.

Make a day of it, bring a group and have afternoon tea in a Castle:

For groups of 16 or more we are happy to accept bookings in advance, both during and outside of normal public opening hours. For such groups we can offer anything from morning coffee to an evening meal with or without a tour. The most popular option is to combine a tour with our delicious afternoon teas served in the beautiful Georgian Library.

Fonmon Castle also appeared within the last edition of the Top 100 Attractions in Wales Book and once visited, you’ll understand why they were not only in that book, but this one also. Being recently taken over by a family that is no stranger to running tourist attractions, Fonmon is set to become one of the biggest attractions in South Wales, as the family has big plans for Fonmon. Being keen historians themselves, they are keen to bring the castle back to life by breathing not only fresh air into its ancient walls, but by also being sympathetic to the many stories and deeply rich historical background. They have a great user friendly website and so, it’s best to pop on there to get all the up to date information on tour times and things that are going on in and around Fonmon Castle itself, but one thing I will say, once seen, never forgotten!

Step in through our doors and be welcome into a traditional country bar with heavy wooden beams, open log fires and hints of fresh homemade food floating through the air.

The Blue Anchor Inn was one of the first pubs in South Wales to produce quality bar meals back in the 1980's.

Mr Villa’s Fish and Chip Restaurant and Oyster Bar is celebrating its first anniversary at the Knap in Barry so it was an appropriate time to see what it has to offer.

The Old Barn B&B dates back to the 17th Century when it was used as farm buildings for the adjacent Croft. This charming, recently converted self contained barn combines many original

Whether you are in the area on business or as part of your journey along the Wales Coast Path, get a good night’s sleep and a hearty breakfast by staying at our guest house.

Situated in the heart of the Vale of Glamorgan, New Farm Bed and Breakfast is the ideal location, whether you are off to sunnier climes, exploring south Wales or purely as a base to spend days visiting