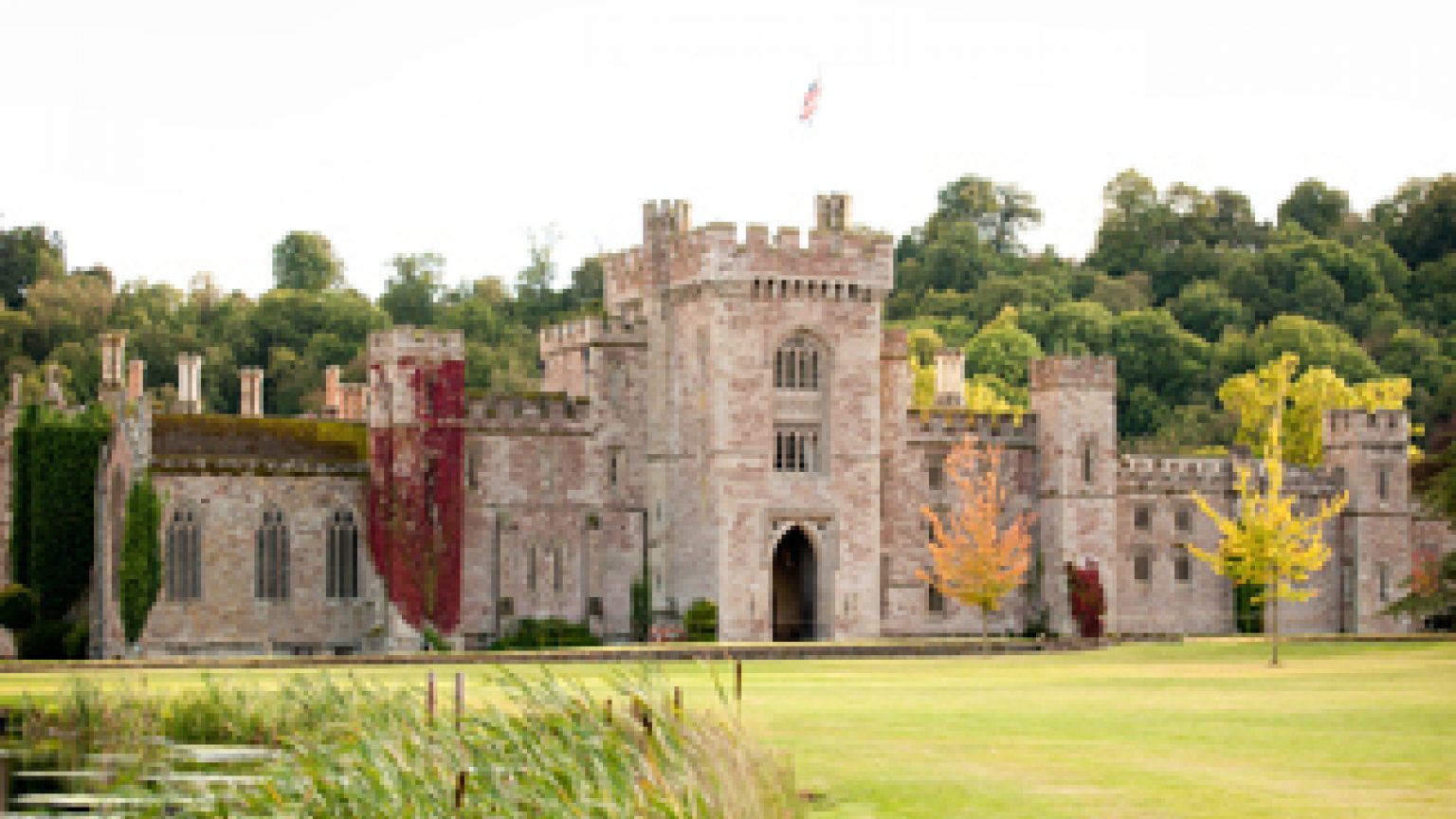 The Hampton Court Estate has a rich and fascinating history dating back to the 15th Century.

The estate was originally formed by the merging of the manors of Hampton Richard and Hampton Mappenor. It was granted by Henry IV to Sir Rowland Lenthall at the time of his marriage to Margaret Fitzalan, daughter of the Earl of Arundel and a cousin of the King. Lenthall built the original quadrangular manor house in 1427, twelve years after his knighthood at the battle of Agincourt. In 1434 he was granted a licence to crenellate the house by Henry VI.

Sir Rowland was succeeded by his daughter who married the Baron of Burford and it was their grandson who sold Hampton Court to Sir Humphrey Coningsby in 1510.

Hampton Court remained in the Coningsby family, a prominent noble Herefordshire family, until the early 19th Century when the estate was purchased by Richard Arkwright, the son of the famous inventor. Richard Arkwright's son, John, then comissioned the remodelling of the house in the 1830's and 40's, the work being designed and carried out by Charles Hanbury Tracy, later Lord Sudeley. The Arkwrights lived at Hampton Court until 1912.

There are castles and stately homes dotted all over our great land, many are great places to visit, but there are a select few that are fantastic places to visit. I would go as far as to say that Hampton Court Castle, Gardens & Parkland is one of those attractions that you have to visit at least once in your lifetime. A great attraction is one that remain on your mind at least 3 days after you've visited it. But Hampton Court still after all this time remains at the forefront of my mind which tells you all you need to know about this very special place. For years it was just the garden that people had access to, but now visitors can take a sneak preview tour around this palatial property which during my tour made the hairs on the back of my neck stand on end with excitement.

The Chequers Inn in Leominster is an independently run pub, swarming with rural charm and rustic character. Bob and Nina, together with their friendly team offer a great range of award

Papaya is something entirely unique in Hereford, with East meeting West in a relaxing, yet vibrant and colourful environment. From the dream of a shop, grew the idea of

Your fine dining experience begins right here. We pride ourselves on our quality of service and quality of our food. We go the extra mile by bringing only the best quality

Wickton Court is an ancient and rambling country house deep inside the very rural county of Herefordshire, down a single track lane, a mile or so outside the village of Stoke Prior and the

Set in the beautiful Herefordshire countryside yet only minutes from Hereford City centre, The Steppes offers you a taste of ancient history at its best, yet keeps you in

No. 21 Guest Accommodation was built at the turn of the last century during the Edwardian Period. The interior has been tastefully updated by the present owners with all