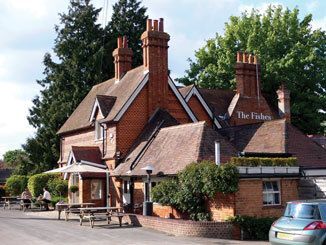 The Fishes is a hidden gem. Quite a big gem, too. An imposing Victorian building set in acres of wooded grounds leading down to the banks of Seacourt Stream. The deck that wraps around the conservatory offers a rare opportunity in land-locked Oxford to dine outside with an idyllic view. In recognition of this, the Fishes was named Al Fresco Dining Pub of the Year in 2006, as well winner of The Public Vote in Oxfordshire Restaurant awards 2012 making it one of the best restaurants in Oxford. We serve the good stuff. All our meat is British and of the highest quality, from Aubrey Allen. This eighty year-old Warwickshire butcher supplies many of Britain's finest restaurants as well as holding HM The Queen's Royal Warrant.