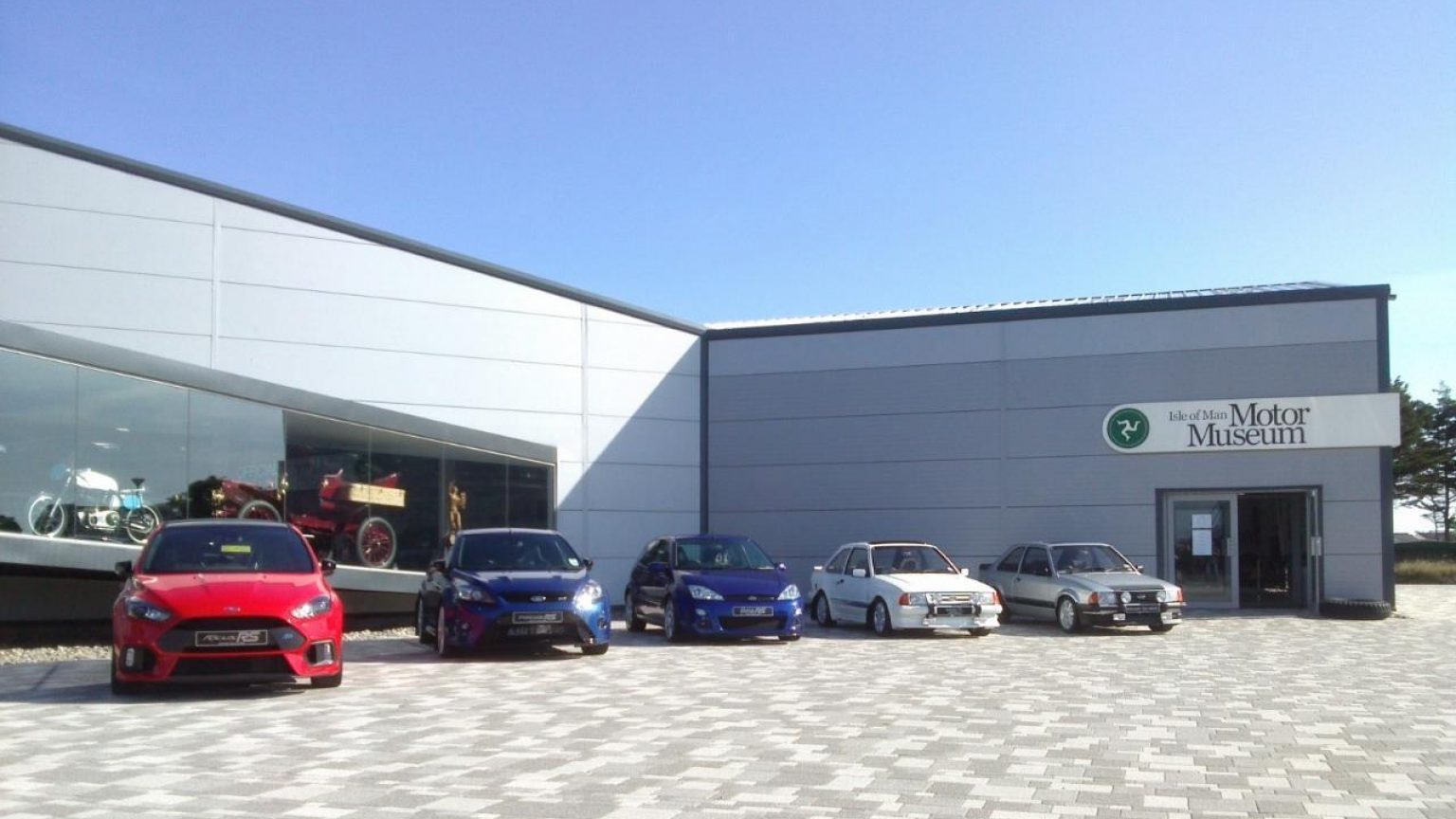 Situated on the former RAF Jurby in the sunny north of the Isle of Man, the privately funded Isle of Man Motor Museum was purpose designed and houses over 400 vehicles. Opened in May 2015, it has become a petrolhead’s paradise with something for everyone to enjoy. Starting with the 1904 Gordon Bennett Trials, the Isle of Man occupies a unique place in both motoring and motorsports heritage. Every year, TT riders take on the fearsome 37.73 mile Mountain Course now averaging well over 130mph. Throughout the year, the Island’s fabulous driving roads and stunning scenery provide all enthusiast drivers and riders with an ideal destination to exercise their machines.

The core of the Museum’s collection is the Cunningham Collection. Assembled by father and son team Denis and Darren Cunningham over the past 30 years, this unique gathering of both historically significant vehicles and cars with very personal family stories led them to privately fund the establishment of the Isle of Man Motor Museum in order to share their passion. We are also honoured to host over 250 other vehicles on loan from other enthusiasts and collectors.

For many years now, I have been writing the Top 100 Attractions series of books and time and time again, I have been taken by surprise at just how many hidden gem attractions we have within our shores, set against some of the big players within the attractions world. Here at the Isle of Man Motor Museum in Jurby, along with their huge collection of vehicles, some 400 in total, they are both a hidden gem and a big player rolled into one. Father and son team Denis and Darren Cunningham, have both single handedly put together a collection of motor vehicles that would give even the biggest of the UK’s transport museums a run for their money and whilst many attractions on the island are government funded, this slickly ran museum has received no government funding whatsoever and is a testament to a family whose love for transport, has seen them develop what is in my opinion, one of the Isle of Mans best tourist attractions to date.

Set in a purpose-built conservatory, the Café has wonderful views of both the Walled Garden and the famous Winchester gates.

At ‘The Lakeside' enjoy a relaxing and more sophisticated dining experience in our boutique bistro style restaurant. The menu depicts a myriad of culinary

The Famous Creg-ny-baa Pub is steeped in history as one of the most spectacular landmarks on the World famous Mountain Course. It enjoys fantastic views of the

Nestled in the beautiful countryside in the north of the Isle of Man we offer two delightful self catering holiday cottages situated on a working farm.

This gorgeous B&B is a great place to relax for a few days. Ideally located near Ramsey, there is a lot for visitors to discover around here. *

Set in the beautiful grounds of the Milntown Estate are three newly built self-catering apartments. Each apartment sleeps up to 4 people: