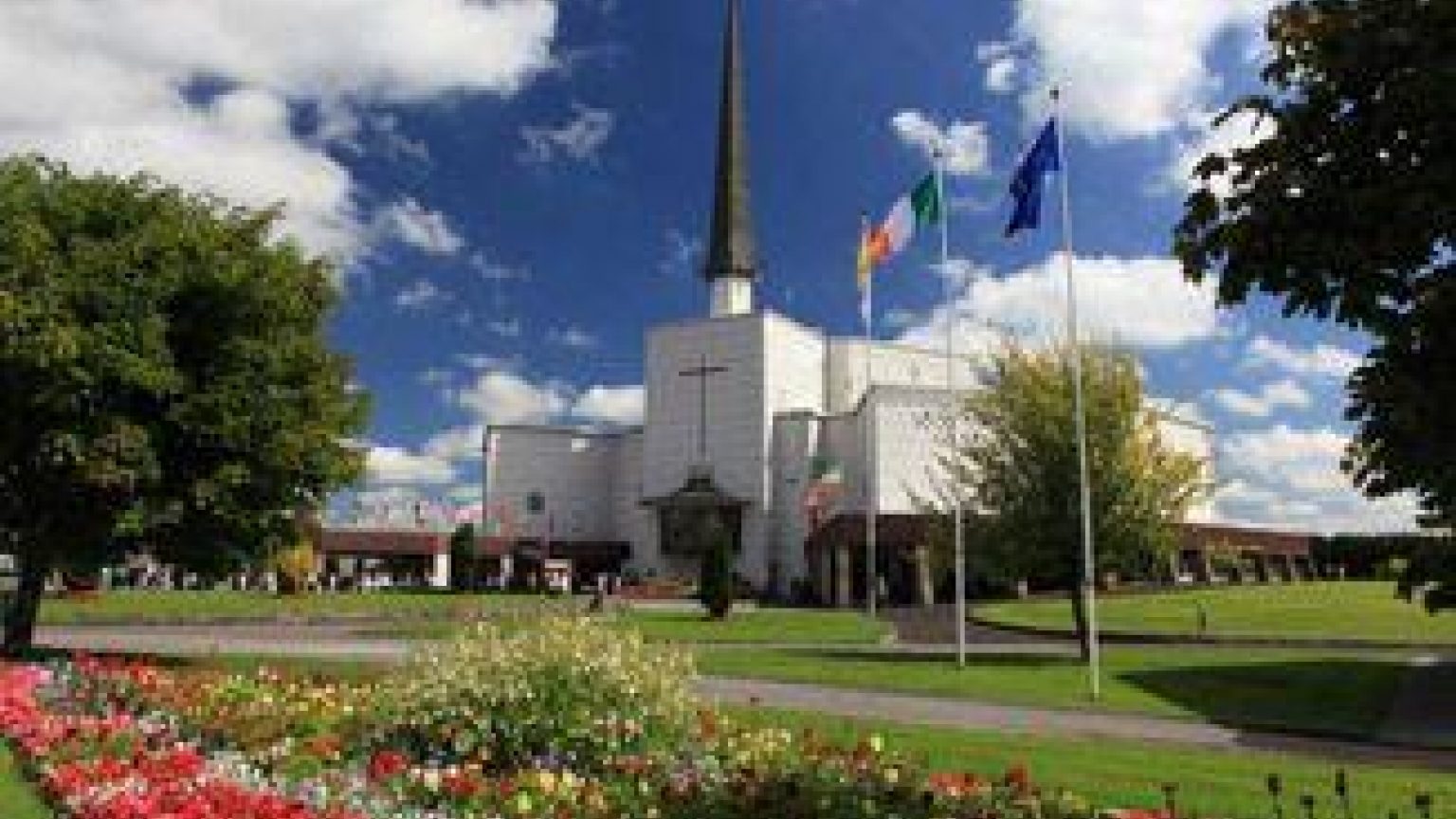 Knock is a small village in the West of Ireland that has become an international Shrine of prayer and pilgrimage where more than one and half million people visit each year. The story of Knock began in August 1879 when fifteen local people witnessed an Apparition of Our Lady, St. Joseph, St. John the Evangelist and the Lamb of God. Many miraculous cures have been reported at Knock since the Apparition and people still come today in search of healing, reconciliation and peace. Pope John Paul 11 visited Knock Shrine in 1979 to celebrate the centenary of the Apparition.

A visit to Knock Shrine is an opportunity to follow in the footsteps of generations of pilgrims who have come to Knock since 1879. The Apparition at Knock was a silent one - come and find your own unique meaning and message.

It's very hard myself too explain what I feel when I walk around the Knock Shrine. Part of me feels astonished at how dedicated visitors are too this holy site, but there's also a part of me, that as I walk around, feels totally at peace. Fifteen people witnessed this apparition, and after two enquiries, the people and what they witnessed were not only deemed credible but totally trustworthy. The event in 1879 isn't the only miraculous event to happen at Knock. Thousands of people have been reported to of been cured from various ailments after visiting this famous shrine, and some people claim to of had various favours completely answered. Most days at Knock are quite busy but not uncomfortably so. However within the month of August, each Irish diocese makes an annual pilgrimage too knock, so the site will be a hive of huge activity.

There's plenty to things to do at Lough Lannagh! Our guests tell us all the time that it's the wide range of things to do that keeps them coming back and often why they came here in the first

The Lough Inn (formerly Harringtons) is located just outside the picturesque village of Partry and nestled between Lough Carra and Lough Mask. This tastefully refurbished traditional Bar

The market town of Castlerea is situated in the leafy countryside, on the banks of the River Suck, and Tully’s Hotel makes a perfect place to spend some much needed time together. A Failte Ireland approved property,

Shrine View Guest House has a bright feel and offers B&B Accommodation with evening meals. It is situated on the main street in Knock opposite ‘Calvary Hill’ in the Shrine grounds

Bridget and Jimmy Maloney offer a warm and friendly welcome to their family run bed and breakfast, which was newly build in 2001.Within 5 min walk of Swinford town centre

Located along Ireland’s Western Coast, just outside Ballyary village near Castlebar town in the most idyllic setting. Mayo Glamping has a range of unique accommodation styles to suit all guests needs;