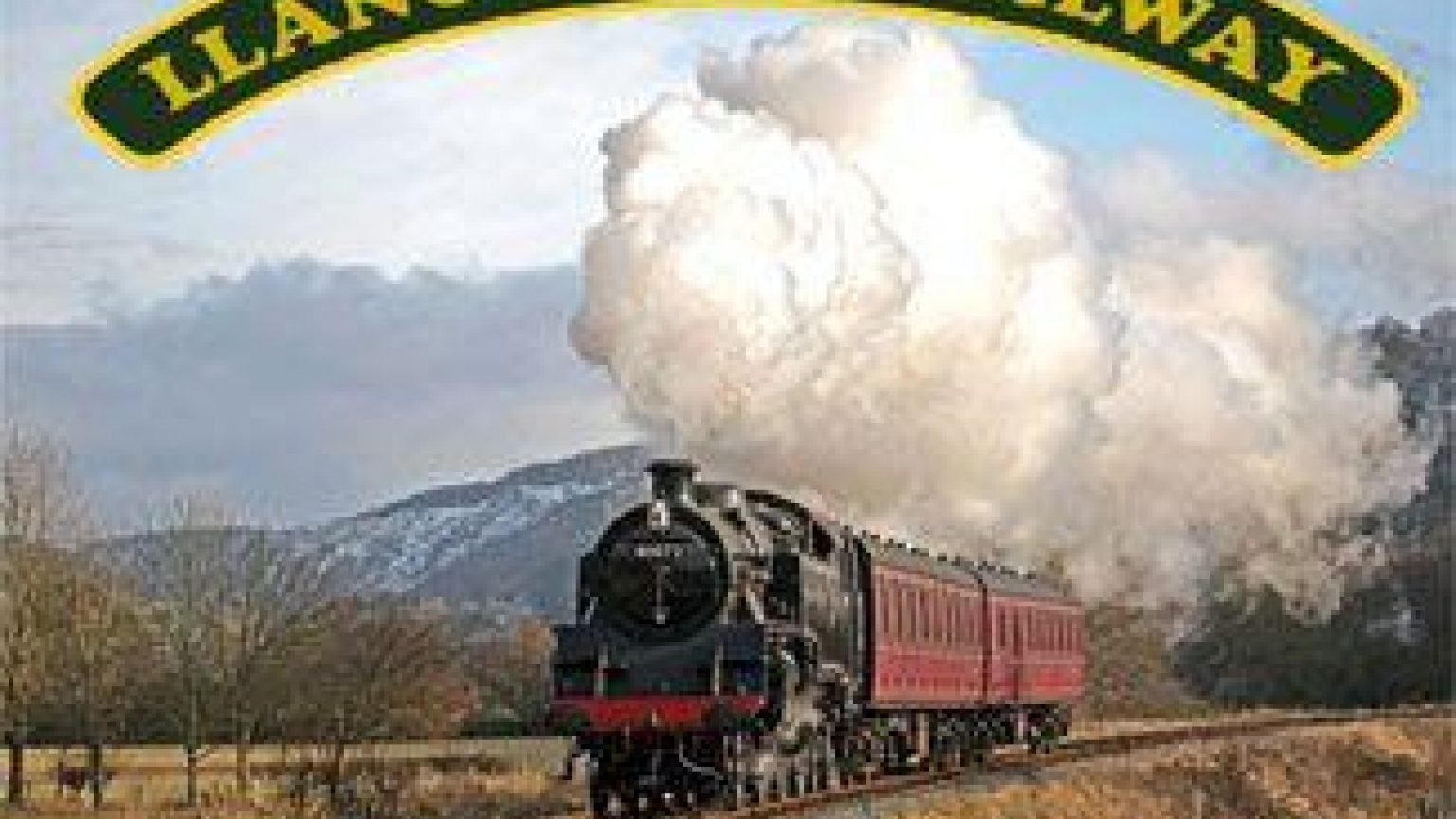 Llangollen Railway is a Heritage Railway line starting at Llangollen Station, located beside theDee River Bridge in Llangollen Town and continuing 7 ½ miles upstream to the village of Carrog. The railway was started in 1975 by a group of enthusiasts who saw the potential for a scenic heritage line through the Dee Valley.

The line passes through one of the most beautiful and historically interesting valleys in Britain. with the Berwyn Mountains towering above on either side as it follows the course of the River Dee. The Dee is classed as a Site of Special Scientific Interest (SSSI) Historical sites abound, some like Castell Dinas Bran having Arthurian legends associated with them; during medieval times the valley was heavily involved in border warfare and the rebellion of Owain Glyndwr. As Britain moved into the industrial revolution the work of great engineers especially Thomas Telford, had a major impact on the valley. Telford was to build both the London to Holyhead road and the beautiful Llangollen Canal which flows close to the line. The line is currently being extended another 2 ½ miles to the town of Corwen, which is hoped to be completed by the end of 2012.

As I stood on the platform awaiting the arrival of my train, I could quite easily have been waiting for the Hogwarts Express to be taking me back to Hogwarts to startschool term. I was instantly transported back in time to when these steam trains were the backbone of our Industrial era. The puff of smoke as the train pulled into the station was truly magical, and made the hairs on the back of myneck stand on end. I travelled 7 ½ miles up the track to the village of Carrog where the train pulled into the station, I had lunch at the station café and was transported back to Llangollen again. I can now truly see why a huge portion of the staff here donate their time to this railway and why passengers return time and time again to ride on this amazing piece of history that time just refuses to forget.

Perfectly situated at the end of Llangollen Bridge, circa 1860; The Bridge End Hotel affords stunning views, beautifully appointed, recently renovated rooms; and with a highly skilled Chef at the helm, you can be certain of some fabulous food too.

“ The comforts of life’s essentials- food, fire and friendship” ( Julia Child) Visiting the Cottage Tearooms and Bistro is a delectable way to step back in time for a while

Perfectly situated at the end of Llangollen Bridge, circa 1860; The Bridge End Hotel affords stunning views, beautifully appointed, recently renovated rooms; and with a highly skilled Chef at the helm, you can be certain of some fabulous food too.

The romantic landscape of the Vale of Llangollen has been attracting visitors for over 200 years. With so many local landmarks and monuments to visit,