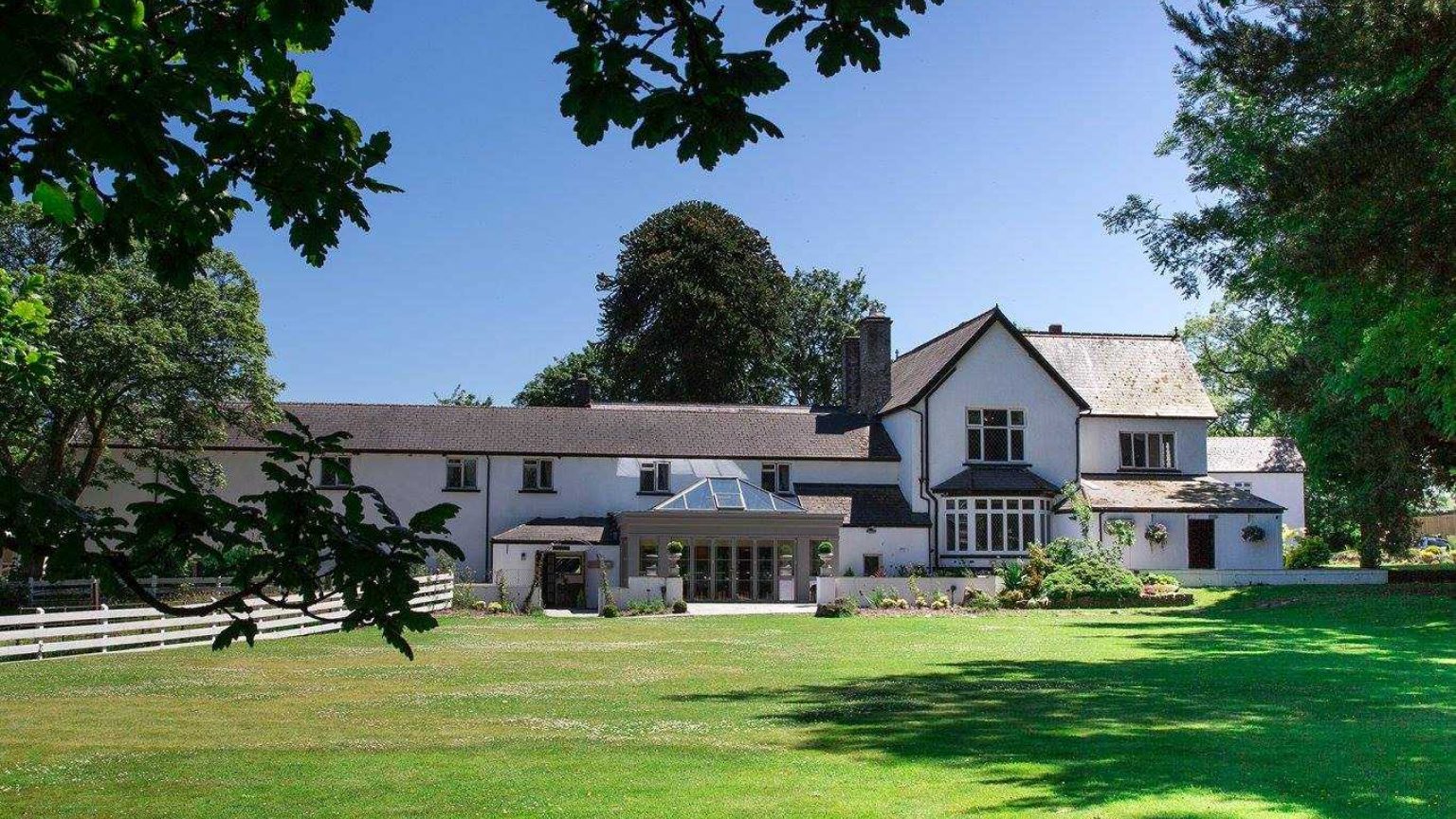 Set on a stunning hilltop location surrounded by magnificent views of the Welsh countryside, Llechwen Hall Hotel is one of the best kept secrets in the heart of the Cynon Valley. ”Llechwen”, a traditional Welsh word, translates as “White Slate” and it is thought that at some time in Llechwen Hall’s history, the building’s roof was constructed with beautiful white slate. Originating as a charming country house, Llechwen Hall first became a hotel in 1990. In previous years the hall has had a variety of uses, from being a farm house, to a private Welsh long-house and once, even a small primary school. Current ownership of the hotel started in 2008 and since then Llechwen Hall has become a well established venue with a reputation for good food, friendly service, great weddings and overall a luxurious Country House Hotel. After a significant expansion and refurbishment, the hotel has 44 stylish and charmingly appointed bedrooms. All of the rooms are beautifully equipped with shower or bath facilities, and a lift grants access to the 1st floor guest rooms. There is a wide variety of accommodation styles, including: Standard, Executive and Four-Poster rooms, all with wide screen LCD televisions and complimentary WiFi to make sure you are kept connected. Holding an AA Rosette for the past 5 years, there is an extensive A la Carte and Brasserie menu for all tastes and dietary requirements, including inventive vegan, vegetarian, and gluten free dishes. The team of Chefs are passionate about using local produce, and are part of the Blas Cambrian Taste route from South to North Wales. The hotel also produces it’s own organic honey, which is used in their dishes.

Llancaiach Fawr Manor stands proudly, as it has done since c1550, overlooking the Glamorgan uplands. It is set within a restored period garden which provides the

Fforest Uchaf Farm is a working small holding and home to the Fforest Uchaf Horse and Pony Rehabilitation Centre & Pit Pony Sanctuary. Visitors will be guided for a quiet walk in the high

Rhondda Heritage Park, based at the former Lewis Merthyr Colliery, Trehafod, is regularly voted one of the top heritage and cultural visitor attractions in South Wales by tourists and provides