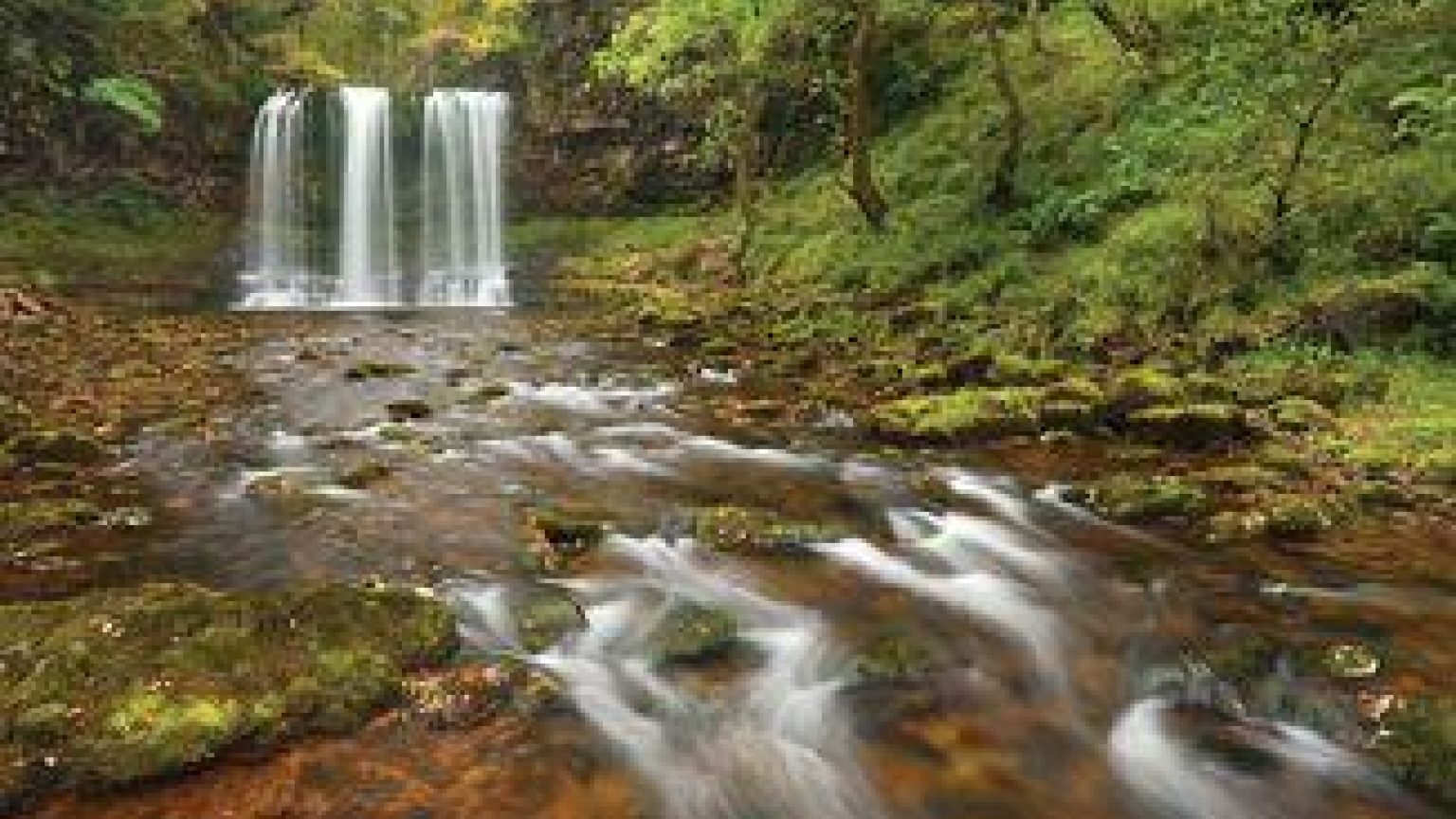 Initially, a gentle walk beside the River Neath to see spectacular falls.The path is in relatively good condition all the way to the left hand waterfall and is easy walking. The other falls are up the right hand fork of the river where the path deteriorates and it climbs high above the river,so is unsuitable for young children or weaker walkers.

In spring and summer the air is thick with the scent of ramsons(wild garlic).This grows everywhere but is most evident near the entrance, where it forms a thick carpet under a large rocky overhang.The beauty of this wooded valley belies its long industrial history, but the past remains in the shape of abandoned mines and mills along the path. Once hives of activity,these are now moss-covered and silent.

There is plenty of bird life throughout the year. Watch out for grey wagtails hunting along the river banks for insects. Despite their name, these birds have bright yellow undersides. There is no mistaking the second part of their title, as they wave their long tails up and down in a constant semaphore message to partners and potential rivals.Wood Anemone Dippers are also distinctive, with dumpy bodies, dark brown backs and upstanding tails, reminiscent of an oversized wren. They have a large white bib that makes them stand out against the dark waters and constantly duck as they stand on rocks amidst the rushing torrent. They hunt aquatic insect larvae and freshwater shrimps by walking and diving into the torrent, usually nesting under one of the numerous rocky overhangs or even behind a waterfall. In summer the woods resound with the songs of willow warblers and blackcaps which feed on the countless caterpillars among the leaves overhead. Herons are much the largest bird likely to be seen here, but are surprisingly light despite their five foot wingspan.This allows them to land almost like a helicopter,dropping through small gaps in the summer canopy to land with pin-point accuracy in the shallow sto stalk small fish and frogs along the banks.

At the Ty Newydd Country Hotel we have everything you have been looking for - tranquility, comfort, excellent food - and some of the most beautiful scenery in Wales right on our doorstep.

Welcome to our 3-Star country hotel nestled in the heart of the Brecon Beacons. Use us as a base to enjoy the beauty of the local area and make yourselves at home.

The restaurant interior incorporates sleek natural materials with warm wood tones, creating the ideal setting for any occasion. If you would like to create a party

The Lamb & Flag has re-opened its doors after the unfortunate blaze. Now fully refurbished along with a new function room, letting rooms and a bright and comfortable

Fifth Avenue House is a modern, family-run small Hotel set on the very edge of the Brecon Beacons National Park.Constructed and run by the Buckley family.