Accommodation, Self Catering in Lezayre 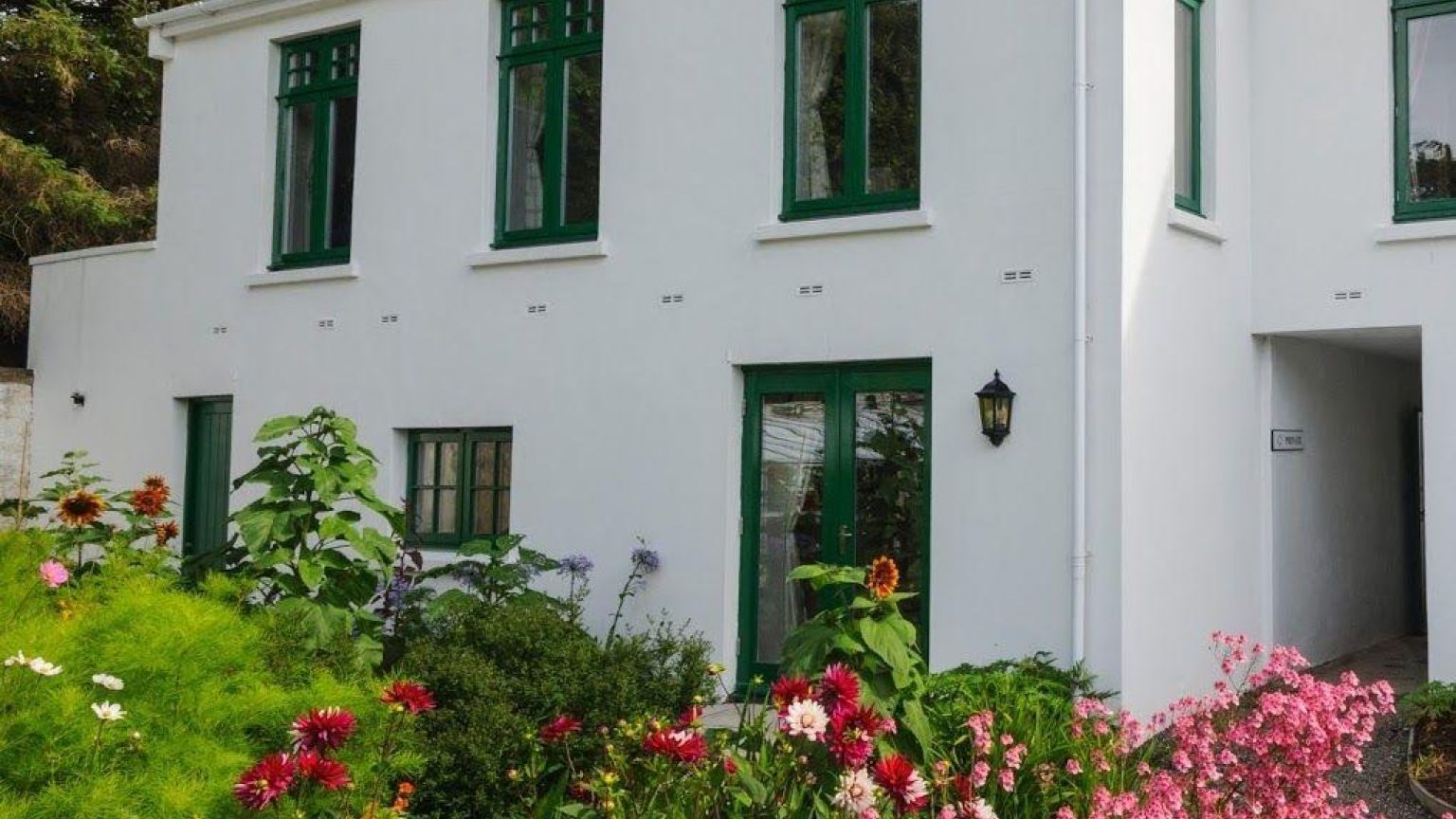 The name 'Altadale' comes from part of the original Milntown estate. An early member of the Christian family combined this and another holding to create Milntown.
Sleeps up to 4 people
Ground floor apartment
2 double bedrooms both with double beds
1 large bathroom with bath and separate shower
Saturday changeover
Open plan dining, kitchen and sitting area with patio doors overlooking the Kitchen Garden
Microwave and dishwasher in kitchen area
Free garden admission available via the Milntown Cafe during normal cafe opening hours
On site cafe open 6 days a week, 10am-5pm (4pm during the winter months)

The name 'Skyhill' literally means 'wood fell' and refers to the tree-covered hill which dominates the Milntown skyline. A famous battle between the Manx and Viking invaders was fought here in 1077. The Manx lost.
Sleeps up to 4 people
First floor apartment
2 double bedrooms both with double beds
1 large bathroom with bath and separate shower

The name 'Lezayre' comes from the ancient parish in which Milntown is situated. The name dates back to the 13th century.
Sleeps up to 4 people
Apartment set over 2 floors
Access to apartment on first floor
Double bedroom with double bed on ground floor
Large bathroom with bath and separate shower on ground floor

Milntown, in Lezayre, is the Island’s most historic estate and boasts 15 acres of beautiful gardens and woodland which surround the magnificent mansion and cafe at its heart.

The Curraghs Wildlife Park in the Isle of Man is famous for its wetland species and is home to many different animals from around the world. The Park is a committed

Set in a purpose-built conservatory, the Café has wonderful views of both the Walled Garden and the famous Winchester gates.

At ‘The Lakeside' enjoy a relaxing and more sophisticated dining experience in our boutique bistro style restaurant. The menu depicts a myriad of culinary

The Famous Creg-ny-baa Pub is steeped in history as one of the most spectacular landmarks on the World famous Mountain Course. It enjoys fantastic views of the