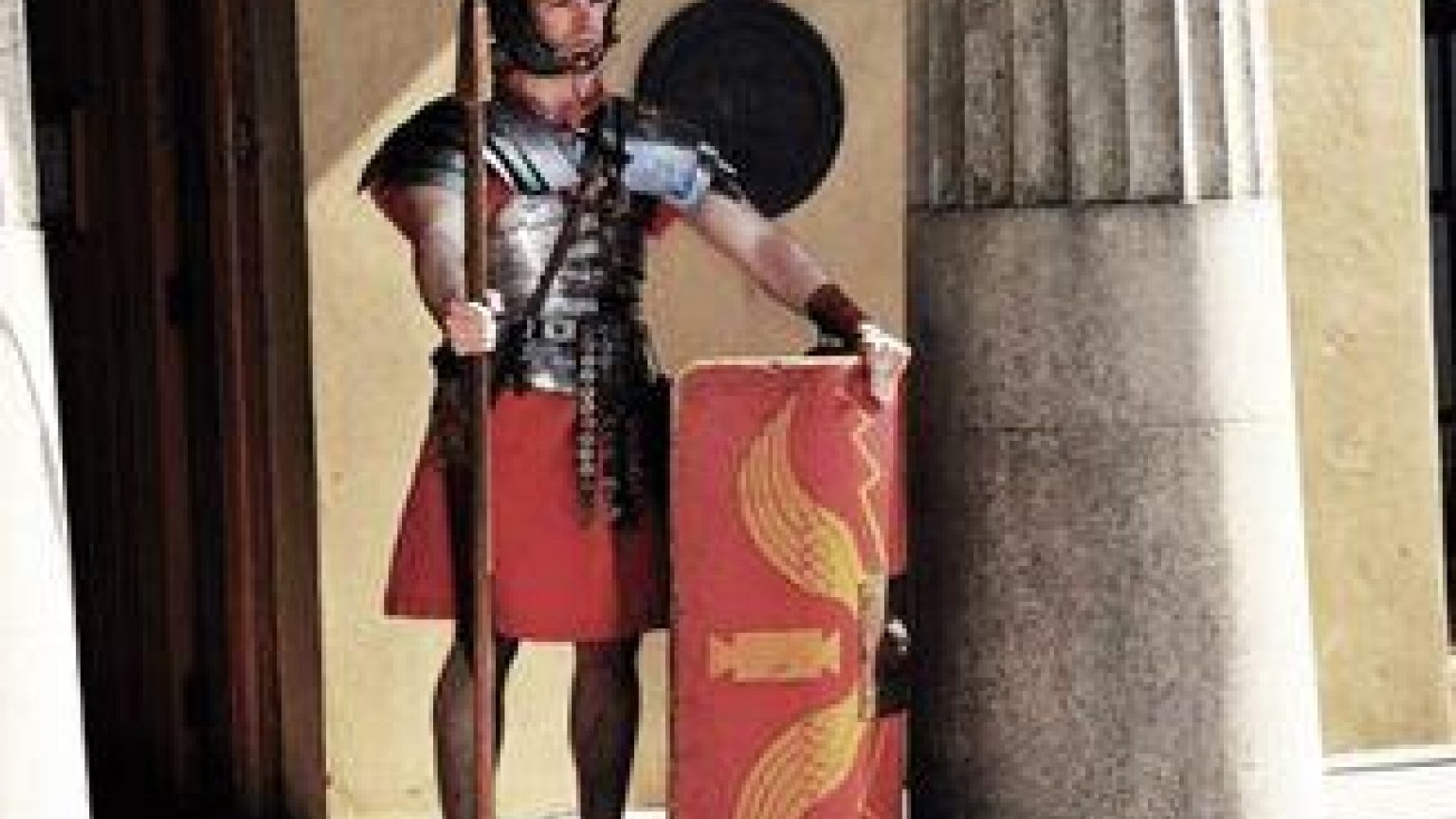 Meet the Romans! The National Roman Legion Museum and surrounding town of Caerleon has enough about the Romans to keep all budding soldiers and gladiators happy.

See hundreds of Roman objects at the museum — including the oldest recorded piece of handwriting in Wales and the dazzling gemstone collection.

On weekends and school holidays visitors can glimpse the life of a Roman soldier in a full sized barrack room and try on armour, or children can play in our ‘Family Fun' area.

Enjoy the sights, sounds and smells of a beautiful Roman inspired garden or take part in one of the many trails or events that happen throughout the year.

The Museum lies inside the remains of the fortress. The ruins include the bath house, the most complete amphitheatre in Britain and the only Legionary barracks on show in Europe.

Look in the visitor's book at this Museum and comments often read, ‘a hidden gem' or ‘fabulous small Museum' - and it is indeed a small Museum with a big personality.The Museum lies at the heart of what was a Roman fortress, home to more than 5,000 soldiers. A visit here takes in the remains of the bath house, amphitheatre and barracks, maintained by Cadw, as well as the objects themselves left by the soldiers, everything from pottery to armour. The Museum also has a garden attached which has some quirky little facts about the plants and what they were used for as you look round. I visited on a weekend when there was someone in the barrack room explaining about Roman soldiers and we were able to handle some of the Roman replicas. Overall I loved the sense of history that Caerleon gave, that 2,000 years ago it was an important place, you could almost feel the soldiers marching by you on their way out to fight.

The Greyhound Inn and Hotel offers everything you would expect from the best of country inns. We are a traditional, 18th century stone-built village pub with

Dating back to 1999, this family run gem welcomes all with open arms. It is an extraordinary café in many ways. *

The Little Crown Inn has been a meeting place for the Wainfelin and Pontnewynydd communities for as far back as the locals can remember! Back in the day, the pub was located on the site of

If you are looking for a home from home, then look no further because we’d like to share our house with you. The Knoll is a private house guesthouse retaining many of its original

Welcome to Best Western Cwrt Bleddyn Hotel & Spa, we've been looking after our guests expertly since the 16th century. With over 45 en-suite rooms with

The Greyhound Inn and Hotel offers everything you would expect from the best of country inns. We are a traditional, 18th century stone-built village pub with