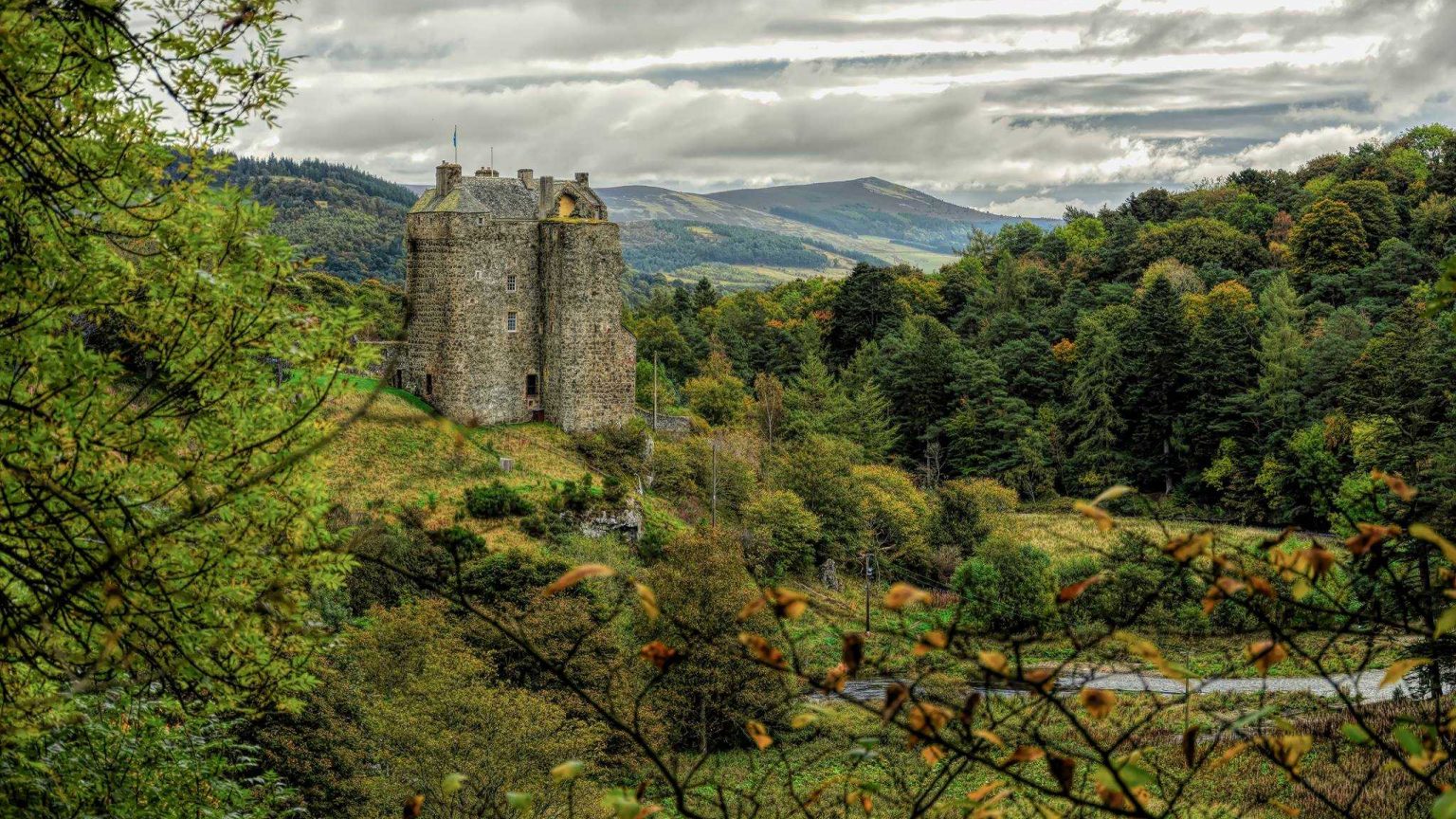 Neidpath Castle is an L-plan rubble-built tower house, overlooking the River Tweed just west of Peebles in the Borders of Scotland. The castle is open to the public, by arrangement. An early castle was probably founded here by Sir Gilbert Fraser in about 1190. His descendant, Sir Simon the Patriot, who was executed a year after Sir William Wallace in 1306. The barony of Neidpath then passed to the Hay family, through marriage to Mary, the Fraser heiress and stayed with them until 1686, when the Duke of Queensberry bought it for his son The Earl of March. In 1810 it passed to the Wemyss family, who own it to this day. Available all year, Neidpath Castle provides an idyllic setting for your special day. The Laigh Hall with vaulted ceiling seats up to 80 wedding guests for your religious or civil wedding ceremony. Spend a night in 16th century splendour, just as Mary Queen of Scots did at Neidpath Castle, in August 1563. Pass an evening in front of an open log fire, with the whole castle to explore at your leisure.

Neidpath Castle is steeped in Scottish history and Scottish Royal history at that. Being under the ownership of three Scottish families in its history, upon a visit here, you’ll get to know all you need to about all three of them and the roles they played within the legacy of Neidpath Castle. The present descendants are the Wemyss Family, they have been here since 1790 and still continue to maintain the castle today, which is no mean feat I can tell you! People assume that owning a castle of this stature means that your living in the land of milk and honey, but believe me, it’s a little bit like eating lobster, it’s a lot of hard work for very little return! But I can guarantee you, that you’ll have a great time here and as you make your way around the property, it’s not hard to imagine that there’s still a family living here today!

Peebles is a great little town and when it comes to where to eat, it was made even greater, when Kenny Coltman decided to open his fantastic restaurant, Coltman’s Kitchen.

We do our utmost best to feature businesses that suit all budgets and tastes and here at The Green Tree Hotel, they tick both of those boxes.

The Traquair Arms Hotel sits on the edge of Innerleithen Village in the stunning Scottish Borders. The building itself is over 200 years old and is celebrated as

Situated in the village of Innerleithen, near Peebles, Glede Knowe offers excellent accommodation within walking distance of several local pubs, cafes and restaurants.

The Traquair Arms Hotel sits on the edge of Innerleithen Village in the stunning Scottish Borders. The building itself is over 200 years old and is celebrated as