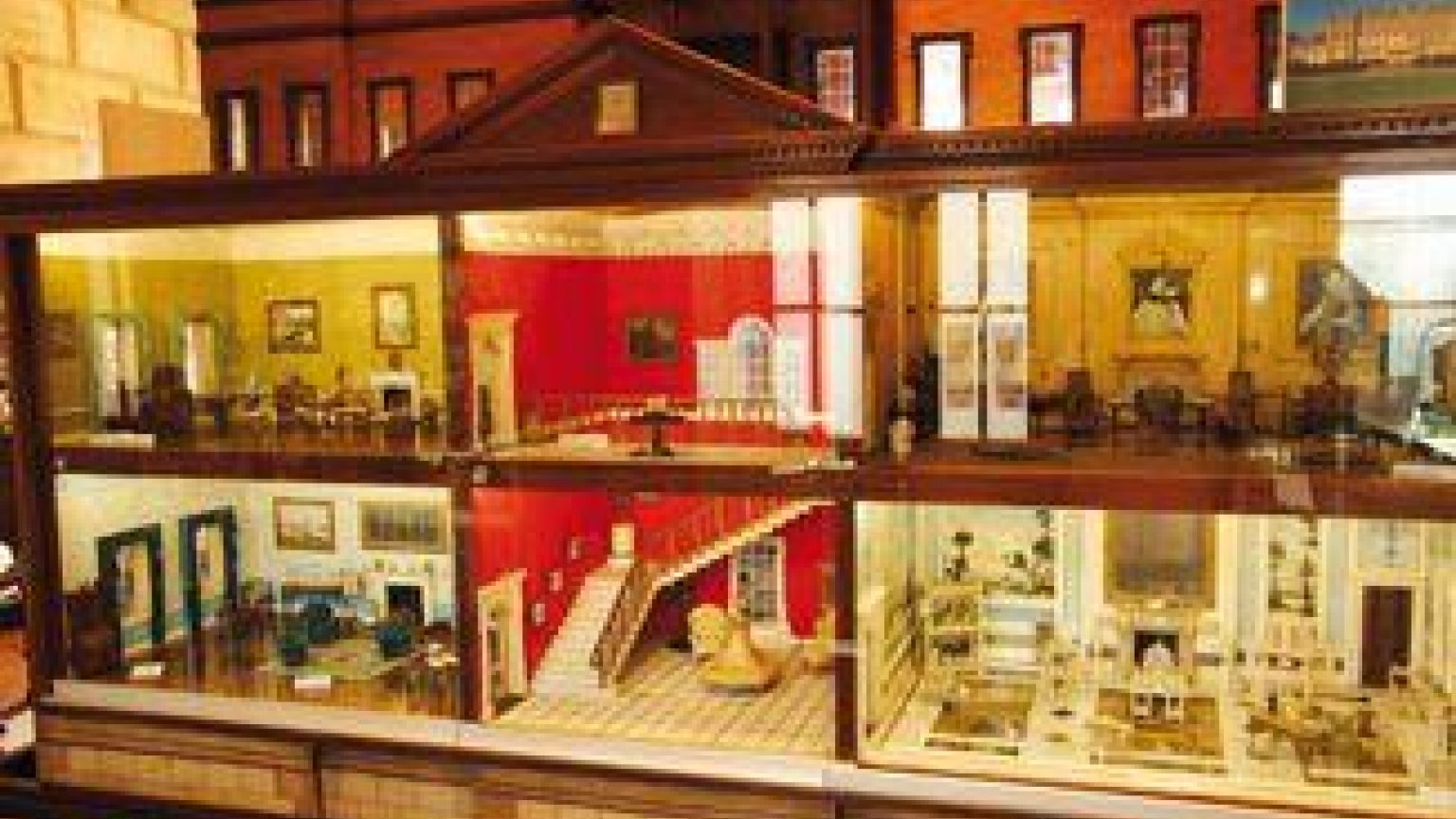 The magical miniature world of Tara's Palace Museum of Childhood is yours to explore at Powerscourt House, Enniskerry. The Museum is home to Ireland's Largest Period Doll House, Tara's Palace. With Tara's Palace as the centrepiece, the Museum also contains hundreds of fascinating exhibits, including the amazing 17th century house in a bottle, the smallest doll in the world, and a 300 year old doll's house. There is a Museum Quiz, which is popular with all visitors and an interactive room for our younger visitors. Tara's Palace runs events, family activities and school or group tours throughout the year. The Tara's Palace story started in the early 1900's, when master Irish craftsmen were commissioned to build a wonderful miniature dolls palace. It was called Titania's Palace, and it took over 15 years to finish.It was furnished with exquisite miniatures from the four corners of the globe.

Just when I thought Powerscourt Estate couldn't amaze me anymore I stumbled upon Tara's Palace. This attraction is truly a museum within a museum and the exhibits here are truly spectacular! I've seen dolls houses and they're all great in their own right, but here at this museum of childhood they've totally raised the bar. But the story isn't just about the museum of childhood itself, it's also about the dedicated team of people that form the Tara's Palace Trust. It's their hard work and sincere doggedness that has turned this into a Top 100 Attraction. An attraction we just had too have in this book. The only other attraction that I've been to in Ireland that had a similar story was the Hunt Museum in Limerick, they too were avid collectors of the antiquary world, and if alive today, they could also of been as proud as Ron & Doreen McDonnell for all their achievements.

Way back in September 1982, 'Poppies Tea Rooms' opened for business and legend has it they chose the name Poppies after the founders visited poppies

Plucks is a local pub serving fresh food and drink with the views of the Sugarloaf mountains it is a great place to meet friends and enjoy a great time .

No trip to Bray is complete without a visit to the infamous Harbour Bar. One visit and you will understand why it was voted the ‘Best Bar in the World’ by Lonely Planet guide in 2010.

An early Victorian house furnished in Period style, “Ferndale” is nestled in the centre of Enniskerry village in County Wicklow, Ireland. “Ferndale” is a listed building preserved and