Eating Out in Penarth, 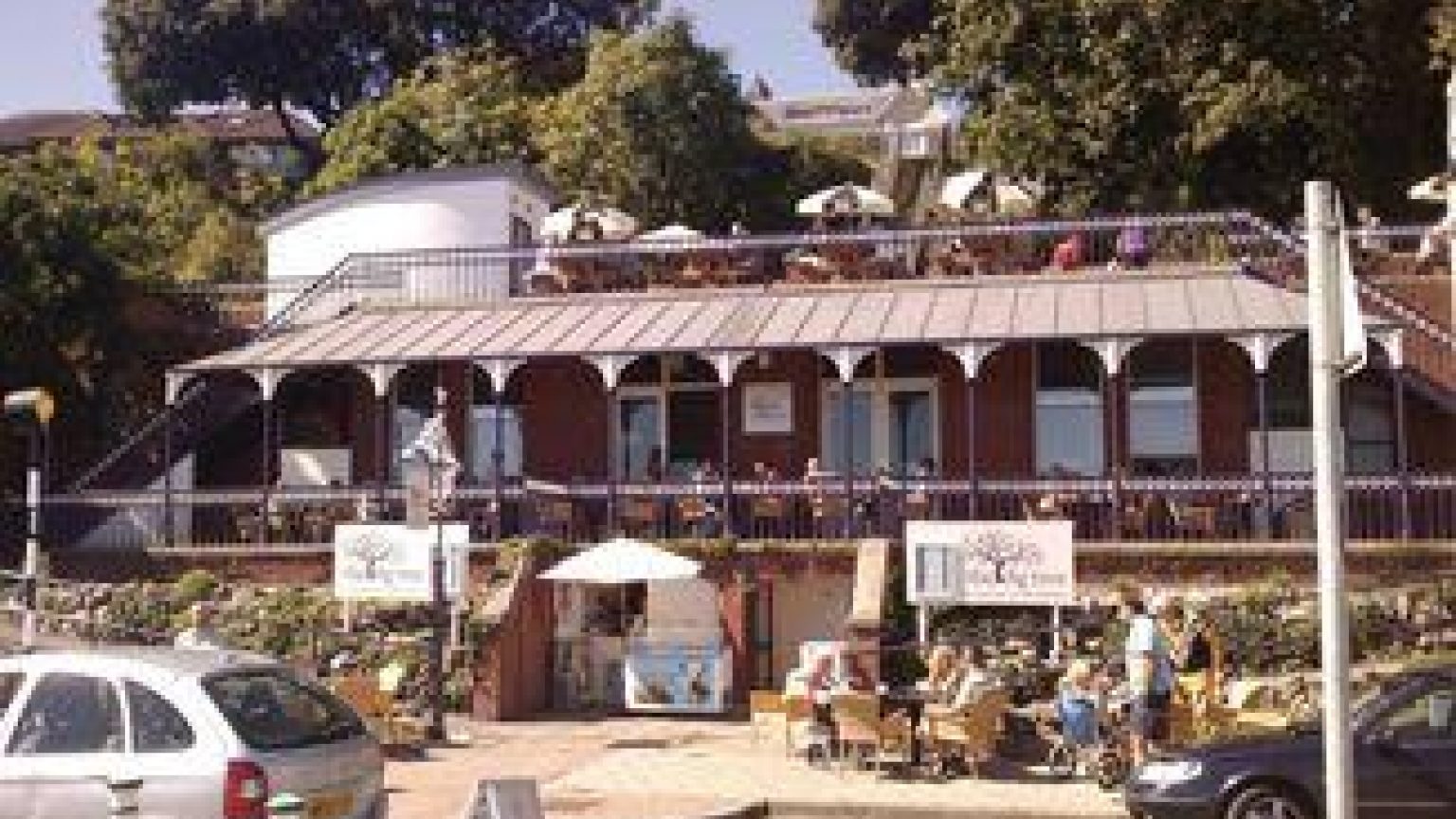 Set in a beautifully restored Victorian beach shelter, the fig tree has the best views in the Vale. Whether you sit in the Restaurant, on the Veranda or the Roof Terrace you can look out across the Bristol Channel to Somerset, Flat Holm and Steep Holm.

Opened at the end July 2009, Mike & Sandie opened the Fig Tree with the aim of offering affordable fresh & seasonal food for all the family. A restaurant where you could come in for a light meal such as Pembrokeshire Moules frites when in a rush or on a whim or for a more substantial or formal meal for a special occasion or celebration. We opened the Fig Tree because we found that there was nowhere within the Cardiff area that offered such food.

The award winning fig tree offers affordable traditional and contemporary fresh food for all the family.

Lunch Tuesday to Sunday from 12pm

Penarth is just a hop, skip and a jump from Cardiff, and in many ways reminds me of Colwyn Bay in North Wales, I think it could be said that Penarth is the Posh brother of Colwyn Bay. The streets are the same, with similar style architecture, in fact the businesses are almost identical. There is however, a business that has no twin, and that's the Fig Tree. The Fig Tree is perfectly run and owned by Mike and his partner Sandie, they are the perfect recipe (excuse the pun) when it comes to owning and running a successful restaurant such as the Fig Tree. Having worked on opening other people's restaurants, in 2009 Mike decided it was now time that he too opened what would later become one of South Wales best eateries, and having now eaten there, I can say with hand on heart, the meal I had that cold winters night, was one of the best I have had in all the years that I have been writing these books. Having only the ability to write 300 words on this page, unfortunately I cannot go into too much detail about each dish, but I will say my starter arrived without too much wait, despite being freshly prepared. I had a dish of home smoked Cornish Mackerel with pickled samphire and horse radish cream, absolutely delicious, no other word would suffice. After finishing my starter, and in no time at all, my main course was winging its way towards me, and with the open kitchen being behind where I was sat, the aromas of my dish were with me before the meal was. A tasty Lamb trio was beset before me and being a huge lamb lover, I felt like I had just entered the gates of heaven. A Grilled Carmarthenshire Cutlet, slow cooked Vale of Glamorgan shoulder & a homemade faggot with fondant potatoes & rosemary jus didn't stay on my plate for long. I remember as a child not liking faggots one little bit, then, they were out of a tin, this faggot that was on my plate was the real deal. Just when I thought I couldn't eat another morsel, my waiter asked me if I'd like a desert, how could I hurt his feelings by refusing? So I went for the lightest dish on the desert menu, the lime posset. However after saying I couldn't eat another morsel, I could of gladly eaten another three of those.

Enjoy a great family day out at Techniquest, Cardiff Bay - the UK's longest established science centre. You can fire a popgun, sink an oil rig or launch a hot air balloon as

Cardiff Bay's ultimate powerboat experience, providing fast and fun boat trips in Cardiff Bay and the Bristol Channel. Book with us for the best fun to have in Cardiff Bay with our qualified

Dating back to the 1870’s, this B&B is a gorgeous place to stay for a few nights. This family-run lodge really feels like a home away from home. *

With a traditional restaurant, pretty gardens and a patio, Manor House Hotel offers stylish rooms and free parking. Situated just outside Penarth, the hotel is a 10-minute drive from Cardiff