Eating Out in Liverpool 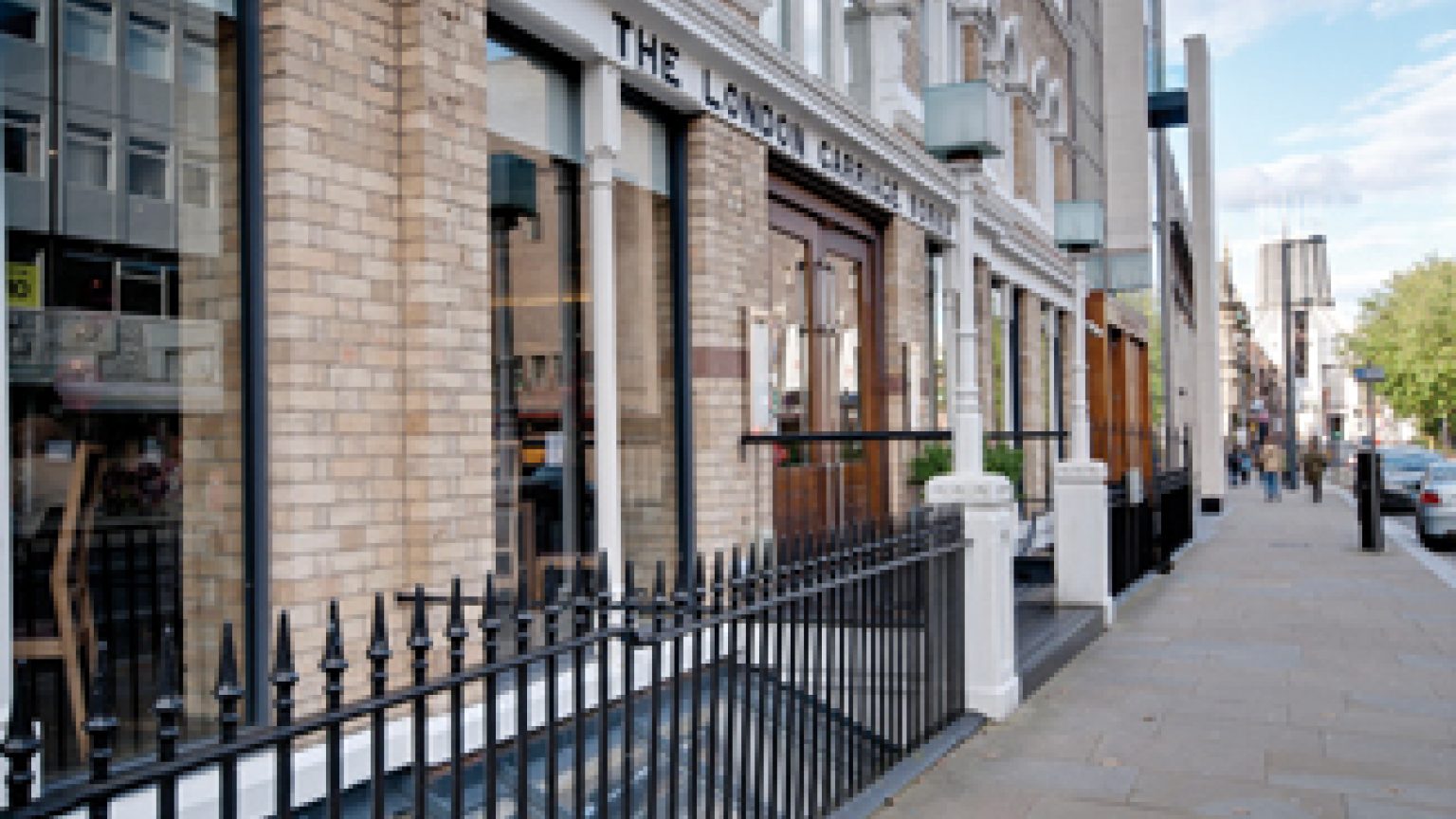 It was voted one of the top ten restaurants outside London in the 2005 Hardens Guide and achieved Liverpool's highest score for cooking in The Good Food Guide 2006. It has won Taste of England's Northwest four times in the last six years and is the only Liverpool restaurant to hold 2 AA rosettes. The building, built in the 1860s in the style of a Venetian Palazzo, was once the home of a coach and carriage builders.

The London Carriage Works acquired its name when during construction works the original sign above the restaurant doors became apparent in the stonework. The building, built in the 1860s in the style of a Venetian Palazzo, was once the home of a coach and carriage builders.

The Residents' Lounge operation has moved upstairs to sit alongside our restaurant where we have made a convivial space for kicking back and catching up. From Monday to Saturday, 5.00pm to midnight (10pm on Sunday) our lounge bar offers sandwiches and plates to share, and a British Artisan cheese selection. There are bottled beers, a 150 bin wine and Champagne list, spirits, aperitifs, liqueurs and a wide selection of cocktails. Our basement bar area, previously home to The Residents' Lounge is now available for private hire all week long. It is a fantastic space for parties, weddings and celebrations.

Located in the heart of Liverpool, Bluecoat has become an unmissable UK Landmark. It is a must-see on the contemporary culture map. *

The Historic City of Liverpool, with its Waterfront built around the most famous docklands in the world is steeped in maritime tradition. You must see it all and the

Walk through hidden rooms and discover the stories locked in the wartime bunker that protected the tactics and secrets of the British Armed Forces plotting to bulwark the Western Approaches and aid the Allied victory.

The spirit of the Mersey scene lives on at the Hanover Hotel in Liverpool City Centre - loved by all our visitors from throughout the UK and around the World.

Wow this is it the most fantastic apt boat in the world. It sleeps up to 9 with 3 bedrooms, crystal chandeliers, even the floor has been copied from the original 1st class