Attractions in Douglas, Isle of Man 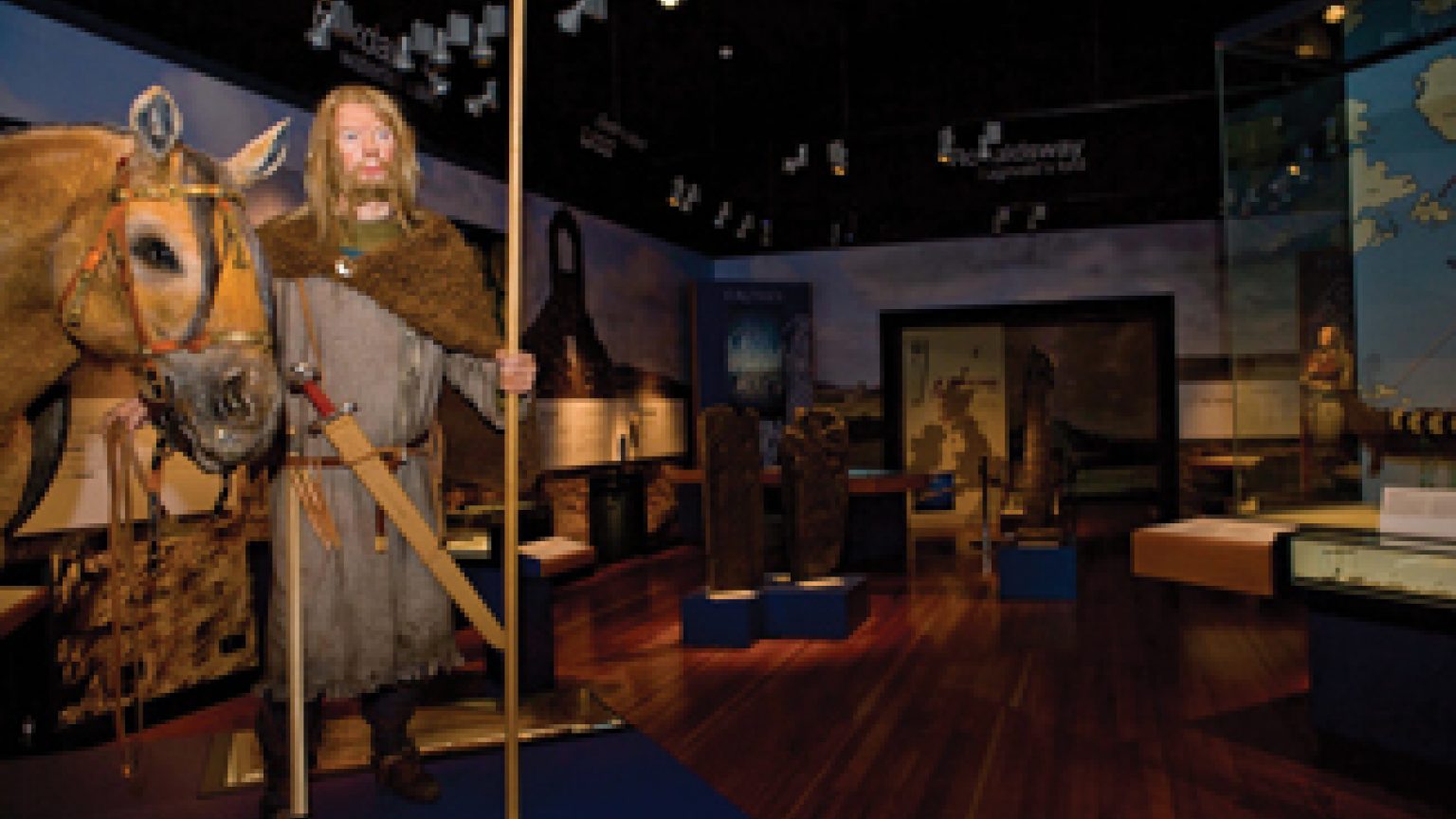 The National Art Gallery begins the series of impressive museum galleries with works of Manx subjects & world famous Manx artists including John Miller Nicholson, William Hoggatt and Archibald Knox. A further series of galleries follow including brimming displays of Geology and Archaeology leading to the state of the art Viking and Medieval Galleries, which invite you to discover the fascinating story of the Vikings and their legacy including intricate weapons, stone carvings and the hidden treasures they left behind. The origins of Tynwald, the Island's ancient Parliament are unveiled in the Medieval Gallery, where hoards of silver coins can also be seen, together with the original Act of Revestment, where the British Government bought the Island in 1765. Extensive Social History Galleries offer the opportunity to explore Manx language and culture, traditional industries, wartime internment and the world famous TT Races, while the fascinating new Natural History Gallery introduces the wonders of the Manx landscape including over 100 ancient monument sites ranging from megalithic chambered tombs to carved Celtic and Viking crosses and thirteenth century chapels, together with two and a half thousand acres of formally preserved natural landscape.

This may sound like a bit of a cliché however, a visit to the Isle of Man would not be complete without a visit to the Manx Museum. The museum is dedicated to all things ‘Isle of Man' and has everything from the Islands many sporting history memorabilia, to some of the first TT racing bikes. The management and staff have given a lot of thought to all the subjects on show, and have utilised every space within the museum very wisely. The National Art Gallery is also housed here, and has some fantastic pieces on show. The museum is one of many attractions that is managed by Manx National Heritage, and is totally free to enter. They also have a lovely café that serves the best cup of coffee on the island, well that's the author's opinion anyway!

The Courthouse, situated in the heart of the financial district in Douglas, is the result of a painstaking project to transform the Grade II listed former courthouse building

Michael and Belinda, owners of L'Experience since December 2009, are delighted to welcome you to what has long been one of the island's most loved

Modern, fine dining in the Capital of the Isle of Man. Perfect for intimate occasions or celebrating with a party. Carl & Renee have opened Haworths at a new location,

This landmark Victorian promenade house has been transformed by our interior designers into fifteen beautifully, and individually, furnished apartments.

The core propositions with Live and Work Hotels are space, quality, independence and service. We do not provide ordinary hotel rooms each “room” is a suite which