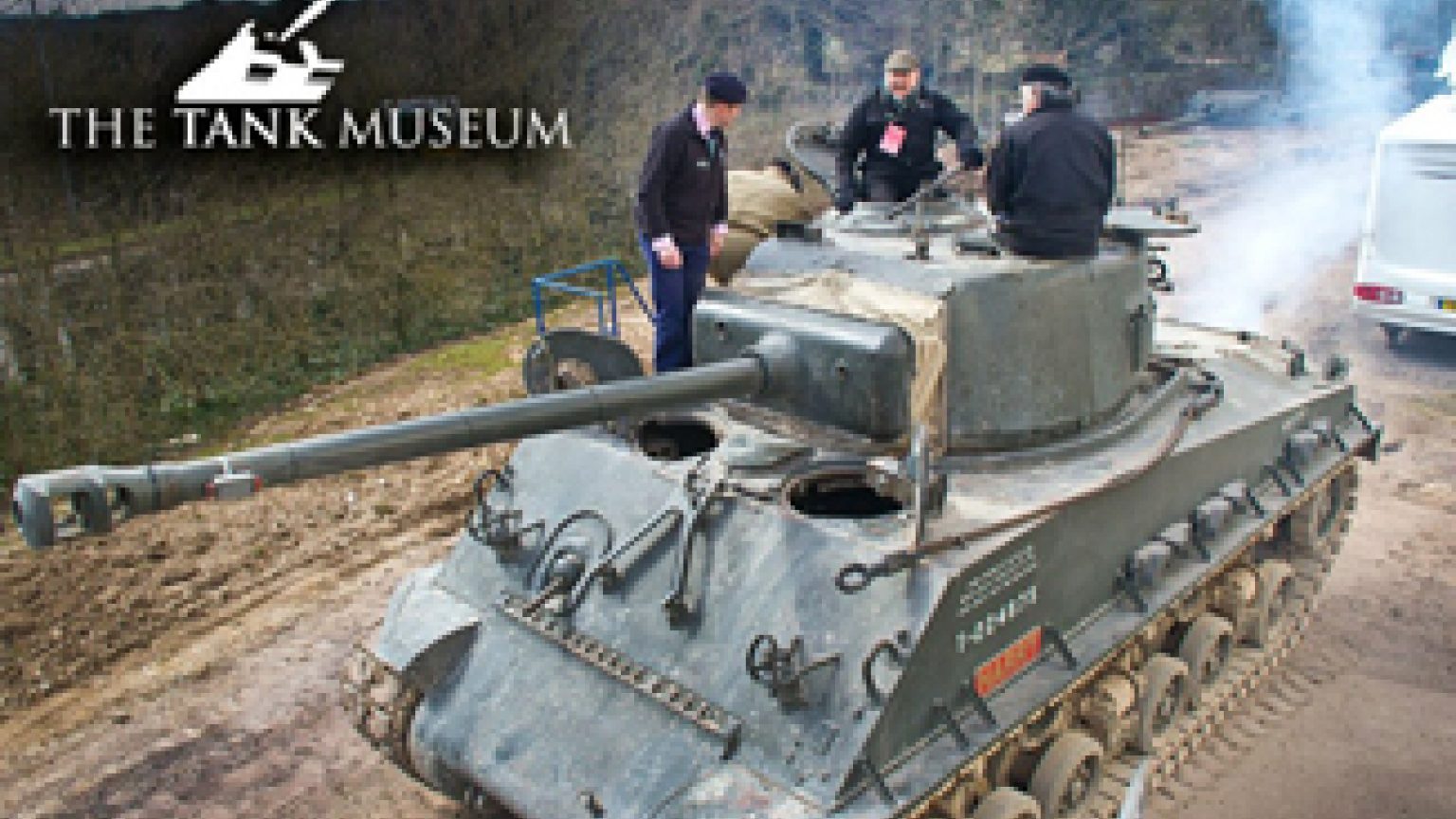 The Tank Museum brings the history of tanks and tank crews to life, supported by the world's best collection of tanks and action packed live displays and registered charity.

The Tank Museum holds the finest and most historically significant collection of armoured fighting vehicles in the world. Unrivalled in scope and depth, we care for 300 vehicles from 26 nations. These range from `Little Willie`, the world's first tank, through to the British Army's current Main Battle Tank, Challenger 2.

Our exhibitions tell the story of armoured warfare spanning more than a century of history. As you explore the Museum's six large halls, you will come face to face with tanks that have seen action in all the major conflicts of the 20th Century.

Whether it be the people who designed them or built them, fought in them or against them, or simply the stories of those for whom they were fighting, this magnificent collection and exhibition unearths and brings to life the often brutal reality of the tanks' place in shaping the modern world.

There's more information than anyone could hope to absorb in a single visit told through magnificent modern multi-media displays and simple information boards telling amazing stories. From the histories of entire wars and battles to the histories of individual machines and the men who fought, lived and sometimes died in them.

Our Warhorse to Horsepower exhibition explores the rise of the tank and the role of the cavalry in the First World War and beyond.

The Tank Museum is another one of those military museums that quite literally has it all! Value for money, visitor experience, and more importantly the ability to make us very proud to be British. I was especially taken aback by the trench experience, this is a true to life trench that really does make the hairs on the back of your neck stand on end. Along with the Battlegroup Afghanistan exhibition, every thought has gone into your visit and how to maximise your experience. You could literally spend a whole day here, if not two!

Roly and Helen Harries took over this traditional village pub in Puddletown, near Dorchester in May 2013. Keeping the very best of the old,

The Wise Man is where traditional village pub meets rustic gastro cuisine. Situated in the heart of the pretty village of West Stafford, only two miles from Dorchester

The Charlton Inn is a traditional English public house set in the village of Charlton Marshall, 2 miles south of the historic market town of Blandford Forum.

Durdle Door Holiday Cottages are an exceptional architect designed restoration of a traditional Dorset farm and its Grade II listed buildings.In a commanding location with views over the

The Old Mill Bed and Breakfast is situated in Bere Regis, on the edge of the Purbecks and just 10 minutes from Monkey World and The Tank Museum.

This friendly holiday park offers home from home comforts in the ideal location to discover the beautiful Dorset Countryside and stunning Jurassic Coast. Our luxury holiday caravan homes are