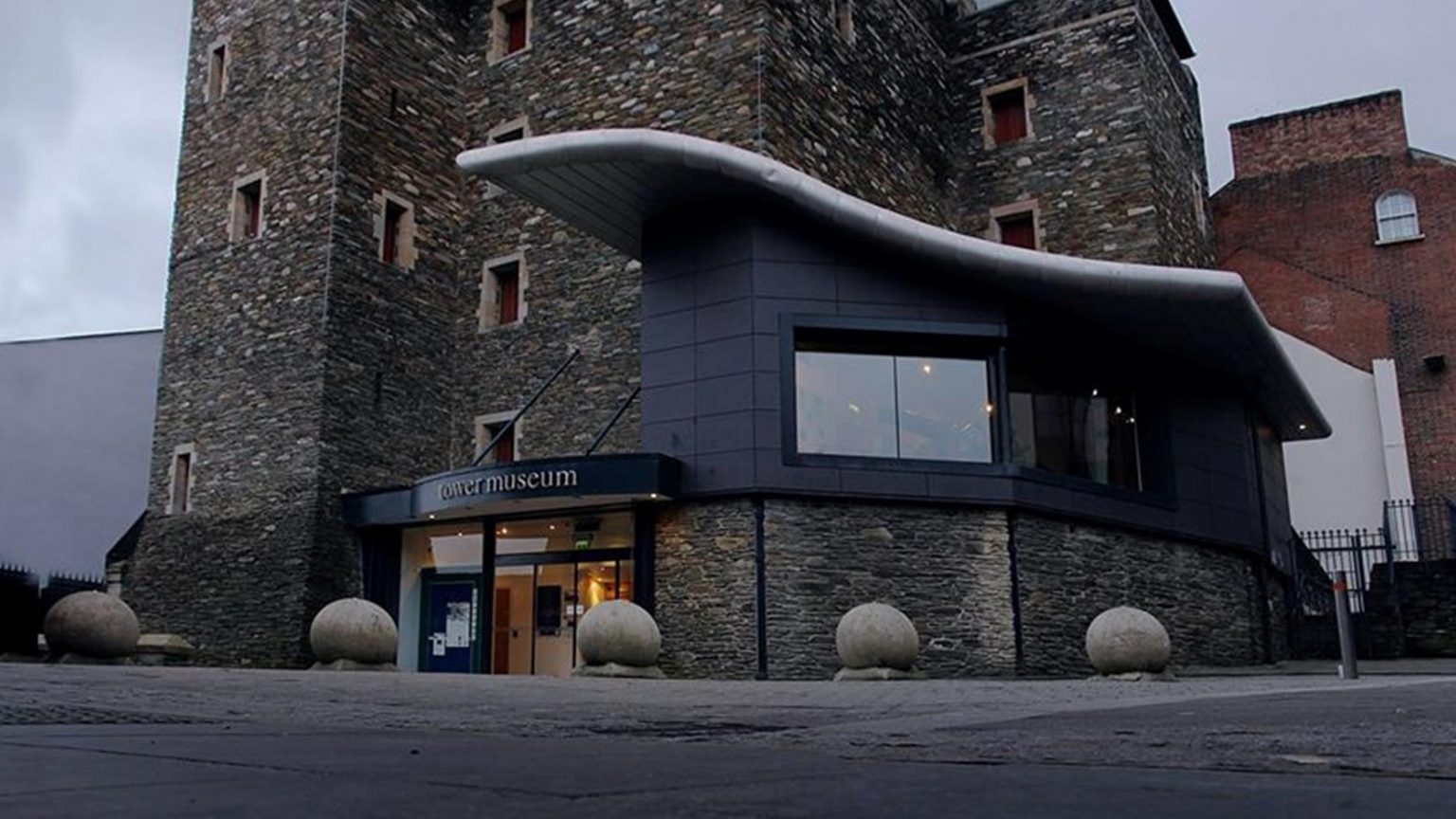 The Tower Museum is located within the City’s historic walls and has won four major awards since its opening in October 1992. The Tower Museum houses two permanent exhibitions. 1. “The Story of Derry” tells the colourful and dramatic history of the city from earliest prehistory to the present. 2. “An Armada Shipwreck - La Trinidad Valencera” tells the story of one of the largest ships in the Spanish Armada, La Trinidad Valencera, which sank off the Donegal Coast in 1588 and was rediscovered by divers from the City of Derry Sub-Aqua Club in 1971. Both exhibitions use a range of display and interactive techniques to present their stories. The top of the Tower Museum (level 5) provides the only open air viewing facility in the heart of the city centre with stunning panoramic views of the inner city and river Foyle.

The Tower museum, based within the walls of Derry City, is a must stop see on any whistle stop tour of Northern Ireland. It made a refreshing change, given its location, the museums main focus isn’t the troubles of Northern Ireland, but more troubles of another kind, the Spanish Armada to be exact. For centuries now, people have all tried to tell the stories of what exactly happened to this Spanish fleet, non seem to do it as well as the curators of the Tower Museum. I found the staff here to be extra pleasant and they really came across very Week the museum was clean and tidy and well presented in general, other museums in Ireland could take a leaf of this museums books believe me! All in all, I was pleasantly surprised with this museum, but don’t just take my word for it, go see for yourself!

This venue has been recommended by Michelin and is an incredible option for all. A dining venue in an idyllic location, it has so much charm,