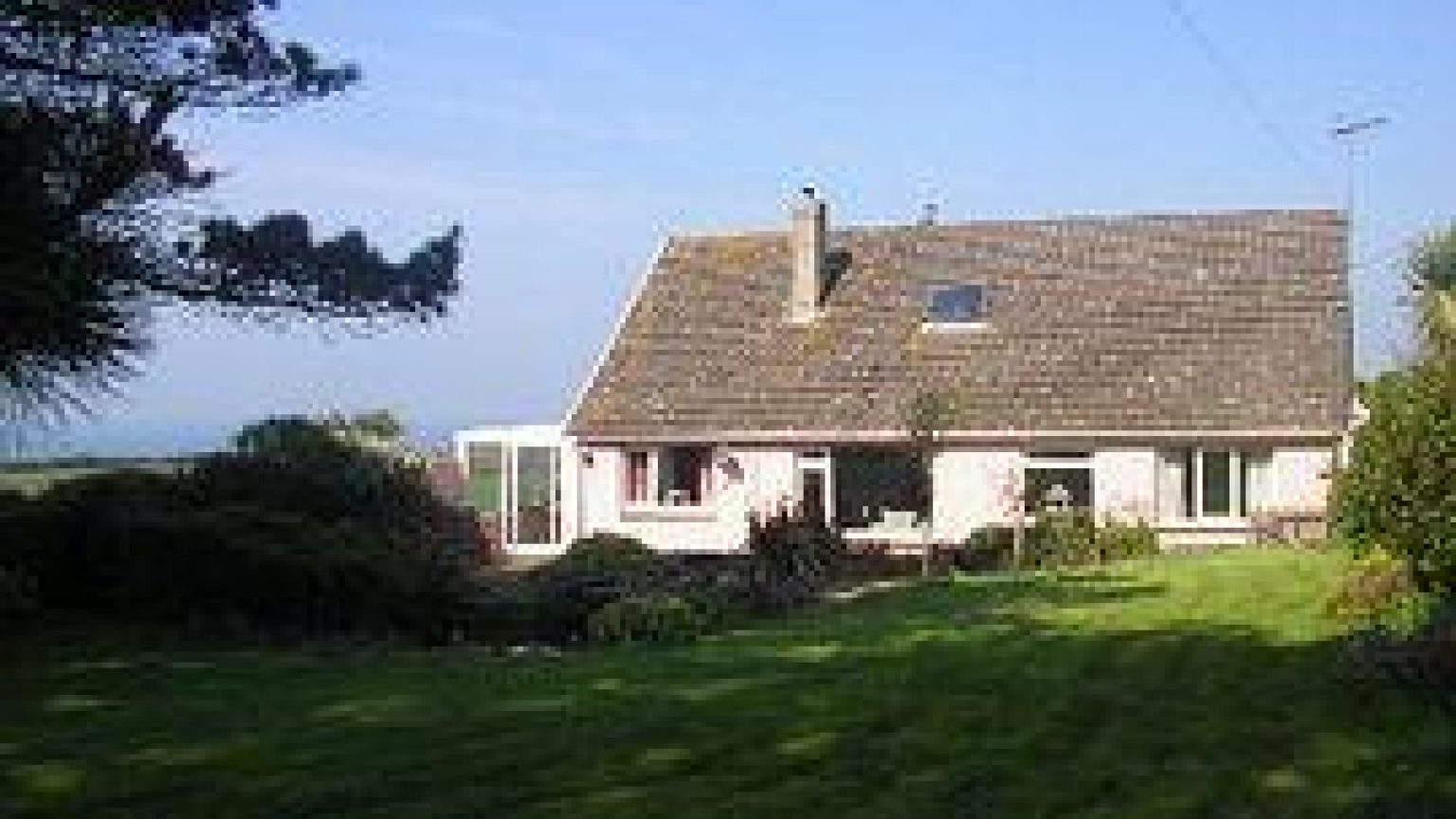 Situated on the edge of the historic village of Roch, Ty Coed De has panoramic views of St Brides Bay and is only a mile away from the Newgale beach with its wide expanse of flat sand which is suitable for families and surfers alike. Ty Coed De is set within the 240 square miles of the Pembrokeshire National Park. It is an ideal base for anyone who wants to explore the over 200 walks in this area.

Ty Coed De offers first class accommodation in landscaped grounds, a haven for wild life, with views looking over farmland to the sea. There is plenty of private off road parking.

Ty Coed De is on the the bus route from Haverfordwest to St Davids which links in with the Puffin shuttle that runs along the coast road from Milford Haven to St Davids
Ty Coed De means Southwood House. The original building on the site was a two roomed cottage which was over two hundred years old. It has had several names during this time two most notable being 'The Colliers Arms' (there were several small coal mines around the area during the 19th century) and 'Southwood Cottage'. The name Southwood is the name of the estate, owned by the Stancombe family, on whose land the original cottage stood. The cottage and it's grounds were sold in the 1970's and it was knocked down and replaced by the present house which was renamed Southwood Bungalow. Over the course of the last 30 years it has been a bed and breakfast on various occasions, but the last few years it has just been a private house.
Julie and Antony Thomas bought the house in February 2008 and have since then completly refurbished all the rooms.

The north coast of Pembrokeshire takes quite a battering from storms every year. It is part of life on the exposed coast. One storm, of 1859, is sometimes credited with

It’s believed that viewing pieces of art boosts creativity, subconsciously propelling children to think outside the box and widening their horizons. Which means a visit to the environmentally friendly;

The Inn has an excellent reputation for value for money home cooked meals. Fine Steaks, Vegetarian and Children’s meals. There is a wide selection available on the restaurant’s extensive menu.

Situated opposite the car park in Little Haven, you will find the Saint Brides Inn where home prepared and cooked food are offered, utilizing fresh local produce