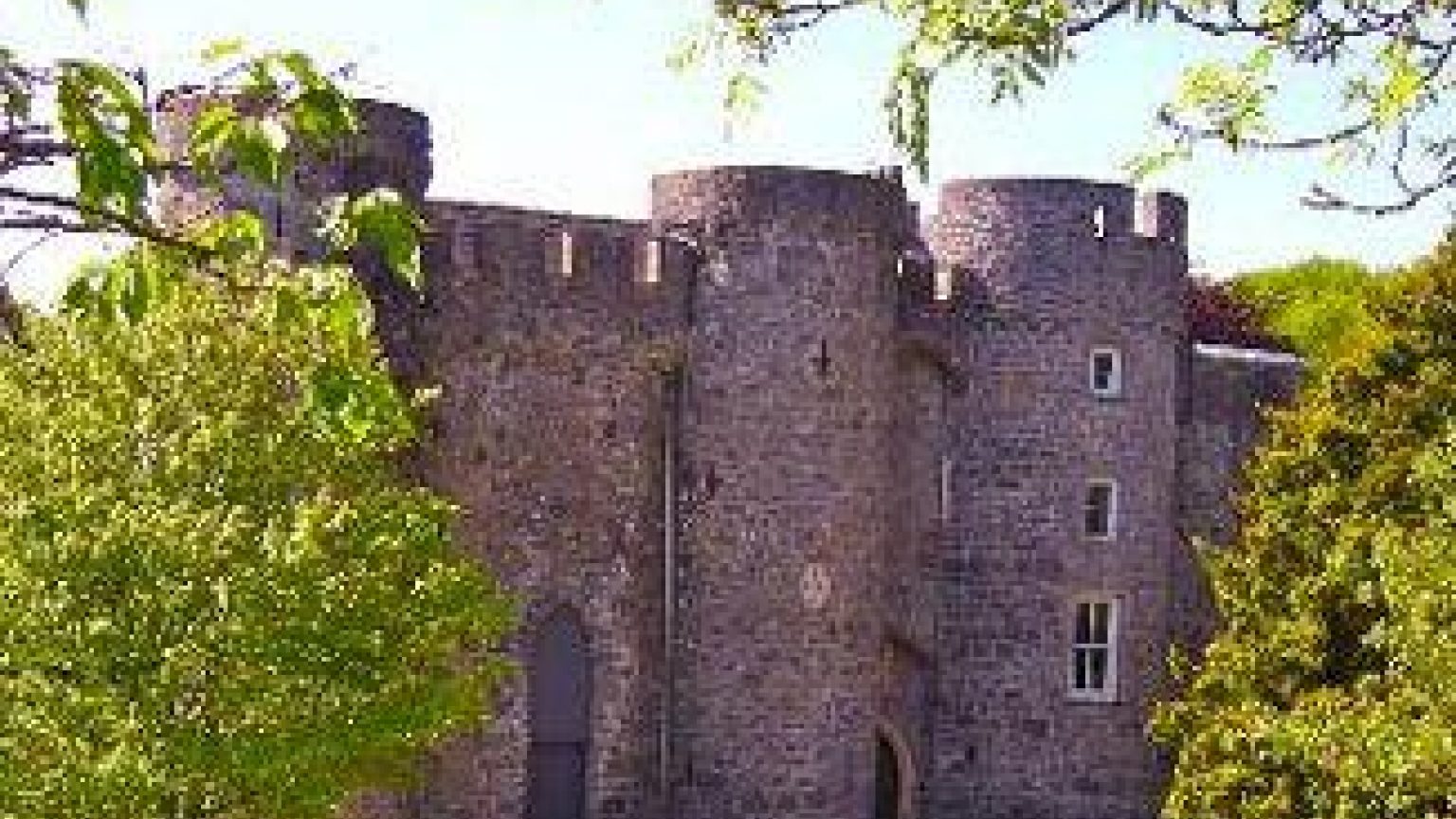 Three of the original towers survive and there is evidence of a drawbridge and port cullies entrance while one wing contains the remnants of what was probably the great hall. The inhabited part of the castle mainly dates from the 17th and18th century with later additions of two further towers in the 19th century. The small medieval chapel dated by the Time Team as 12th century contains several early effigies.. In the grounds of the chapel is a stone preaching cross listed by CADW as a historic monument.Mr Stanley Neal bought Upton Castle in the 1920s and was responsible for the laying out of the formal gardens and terraces and the planting of the Arboretum. It is thanks to him that we have the mature gardens bursting with rare plants that we see today.. At Upton there are several gardens within a garden which in all extends to about 35 acres.

Although Pembrokeshire is very popular for its more high profile attractions such as Oakwood Theme Park, Folly Farm and St David's Bishops Palace, it is also now with help of books like mine, becoming just as popular for its hidden gem attractions such as Upton Castle Gardens. The picturesque Norman castle itself isn't accessible to the public as it is a family home, but to have it there as a backdrop to these idyllic gardens is truly fabulous. Walking around here it is quite easy to imagine you are anywhere in the world. I have visited some of the biggest gardens within the UK & Ireland that didn't manage to me make feel as content as the ones here at Upton Castle Gardens. I think also worth mentioning is that hidden deep within the woods here at Upton is a self catering cottage. Creek Cottage is available to rent throughout the year.

Resident proprietors Andrew Jones and Wayne Mullins extend you a very warm welcome to Lamphey Hall Hotel. Tucked away on the far South-Western corner of the Welsh coast,

We cook proper food, from scratch in the kitchens, using fresh produce. We count our food miles, so local quality produce is important to us... some people come just for

Here at The Mooring, we have a passion for lip-smacking, going-back-for-seconds, seasonal food. We make the most of the fish & fare on our Pembrokeshire doorstep. And we don't pay

Resident proprietors Andrew Jones and Wayne Mullins extend you a very warm welcome to Lamphey Hall Hotel. Tucked away on the far South-Western corner of the Welsh coast,

Whether you choose the Cleddau Bridge Hotel for a 'get away from it all' break, a business venue where the relaxing atmosphere will allow you to concentrate on the

Treat yourself to a luxurious getaway out of this world. Actually nestled in the heart of Pembrokeshire, the dreamy looking geodomes and enchanting bell tents are simply fascinating.