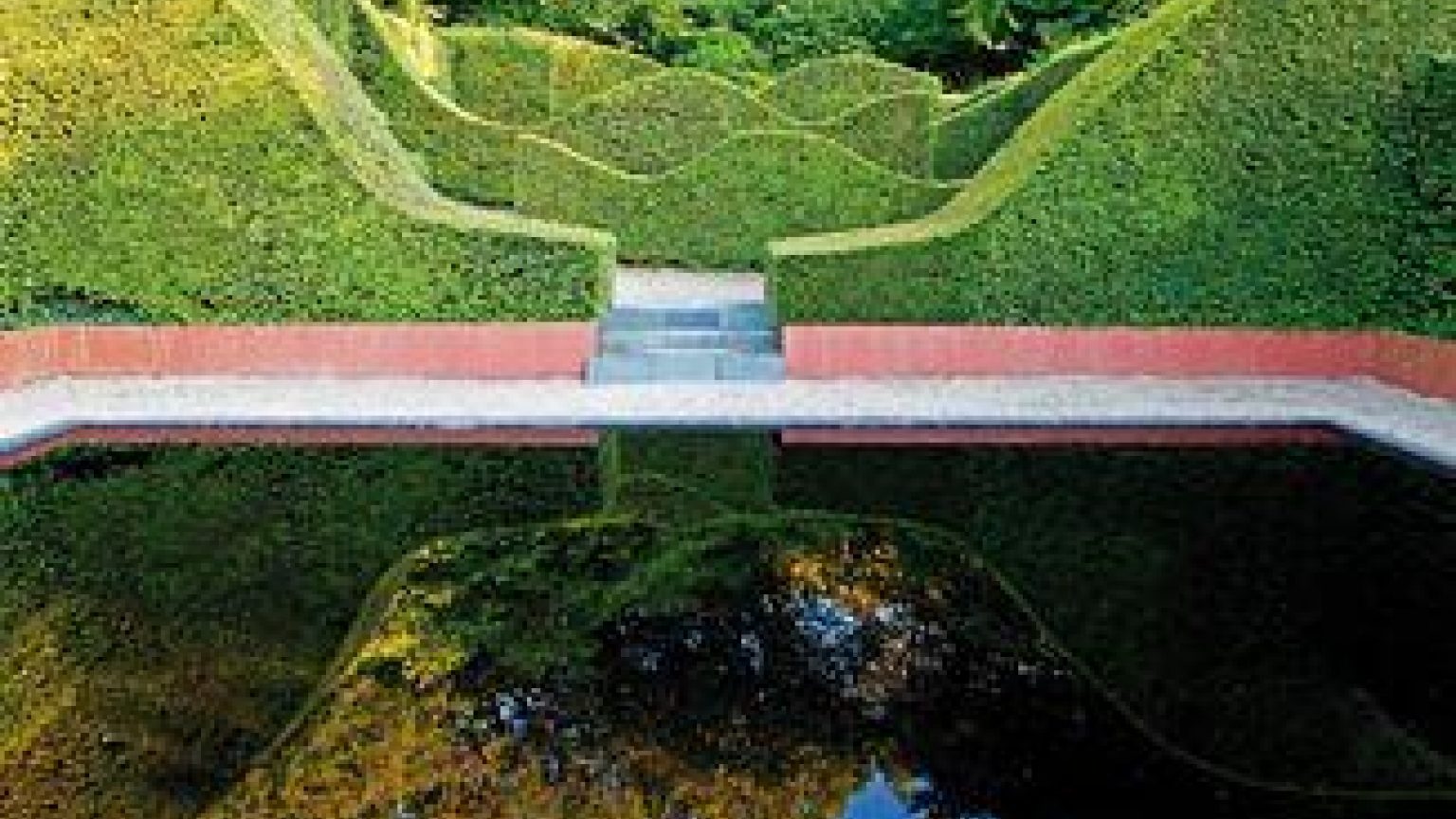 The gardens at Veddw stand apart from most others in the area. While South Wales has a profusion of Victorian and Edwardian gardens that remain open to the public, there are very few top quality modern ones. Veddw may be the best of the bunch and it's certainly one of the finest contemporary gardens in the country. At around four acres the grounds are generous rather than sprawling but there is still plenty to see.

The first thing many visitors notice is the dramatic use of colour. Rather than the classical green foliage familiar from traditional garden designs, the creators of Veddw Gardens use silver and purple foliage to add interest to hedges and borders. Many of the benches and outbuildings are contemporary but tasteful, meshing beautifully with the garden around them.

In line with modern thoughts to ecologically friendly gardening, meadow grasses are used to deepen the contrast between precise hedges any classical topiary garden would be proud of and Veddw's more casual, wilder side.

For many people the focus of the garden is the dramatic, black, reflecting pool, which faces and reflects a garden of clipped hedges, shaped to echo the undulating hills of the surrounding countryside.

Elsewhere, there is a garden filled with contrasting silver cardoons and purple heuchera, backed by a border of mixed silver and purple shrubs. There are numerous colour themed borders and gardens which also include a creative use of grasses. The owners have a great interest in the local landscape history and have incorporated this interest into the garden design, in particular in a large parterre of ornamental grasses spread across a small hillside within a pattern of box hedges based on the Tithe Map of 1842.

The conservatory is painted black, creating a perfect and unusual backdrop to massed silver succulents. The wild garden, in contrast, contains robust perennials planted in the original ancient grassland. Elsewhere that grassland has been retained in a large area which has been carefully nurtured for 25 years, resulting in a flower rich meadow of the kind older people remember from their childhood.

The ruin of a cottage has been adapted to make unusual seating place, with a quiet view into the old coppice filled with the periwinkle which was probably planted by the cottagers many years ago.

The garden is starred in the Good Gardens Guide, has been widely featured in books and reviewed on the web. The owners and designers are Anne Wareham, who has recently published a book about the garden “The Bad Tempered Gardener”, and her photographer husband, Charles Hawes who took the photographs for the book and whose award winning photographs may be found in many garden publications.

As the blossoms form and the leaves of the surrounding trees start to turn to colour, Veddw House garden starts to take shape for its next batch of summer visitors. This garden has been given ‘Hidden Gem' status, as it truly is the biggest, smallest garden that I have visited, and as I walked around this garden in the summer of 2014, and again to meet its creators in March of 2015, I knew for a fact that I had made the right decision in choosing them to be one of my Top 100 Attractions in Wales. I also later learned that Anne, one of the gardens creators is an accomplished writer, and upon reflection that makes perfect sense, as this garden tells a story. A story of love and romance is all inbuilt within this garden, and I truly recommended visiting Veddw House Garden with someone you love.

The Lion Inn at Trellech

The menus range from traditional pub grub, through to the exotic and unheard of; with children and vegetarians being catered for. Sourcing the majority of the produce within 10 miles of the pub.

The Wye Valley Hotel is a family-run country inn in the riverside village of Tintern, at the heart of the Wye Valley, a designated Area of Outstanding Natural Beauty.

Nestled in wooded hills, less than a mile from Tintern, with its Cistercian Abbey on the beautiful river Wye, Craigo Barn provides an excellent base for exploring the Wye Valley, either by foot, bike